I got my last pair of glasses when I was 14. Up until recently, I only needed them when 1) exhausted or 2) driving at night. Kind of bland but functional, I’ve worn them on and off for years. Of course, now they are pretty scratched not to mention a bit unstylish. 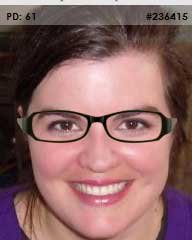 Uploading a photo and my pupil distance, I was able to virtually try on many frames before ordering. These were the winning ones, as seen virtually.

“Come on, they can’t be that bad” a professional stylist I met said a few months ago and she insisted I take them out of my purse and put them on. “Oh, you do need new glasses!” she said. That sentiment along with some recent headaches made me finally take the plunge. 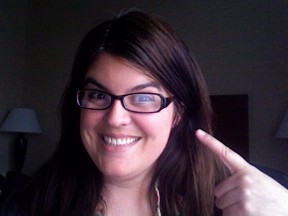 I've been so busy I haven't even taken a new photo with my glasses. Tada! As usual, these things are better in person.

I have heard about buying glasses online but I knew my prescription from 16ish years ago would probably be way off so I scheduled an exam at my local optometrist.

Turns out my eyes haven’t gotten that bad but I do need a pair of glasses for distance and an separate pair for computer work, since bifocals would cut into that middle distance where I look at my screen. Buying glasses the traditional would would be at least $300/pair and needing two, I knew I had to at least try the internet.

I’ve heard great things about Zenni Optical so with my prescription and pupil distance in hand, I uploaded a photo of myself and began trying on glasses. I was surprised to like both higher end pairs ($30 each though the frames did go up to $46/pair) and $6 frames. I decided to create an album on Facebook and let my friends decide my fate between the six pairs I liked.

Two weeks later, I got my glasses in the mail in their own little cases and ever since, my eyes feel like they are on a little beach vacation drinking little pina coladas. I had no idea my poor eyes were working so hard the last couple years! Plus I get to channel my inner Liz Lemon.

It is nice to know at least some parts of my health care can be affordable. Thanks Zenni! Might be needing some sunglasses for the summer…