Take Note: Tips on Having (and Keeping) Your Ideas

Do you know someone who always has an idea for something? When you talk to them, it seems like their mind is going a mile a minute, while you have maybe half an idea a day, wondering how this person can be “on” all the time. I’m generally cyclic, going through periodic idea spells and no-idea spells, which seems to be the norm. In the no-idea spells, I tend to notice the idea people more, and find myself wondering how they do what they do. As it turns out, it’s partially a gift, and partially a practice.

You might have heard of James Altucher’s “10 Ideas a Day” exercise. It’s similar to a gratitude journal, where you sit down every morning and write down ten ideas, if not more. The theory is the “idea muscle” is one that can atrophy, like any other muscle, when it’s not used. Although the explanation felt a bit aggressive for my taste, I’m all for becoming an idea person. Ten ideas a day, how hard can that be? (I tried it this morning, and similar to this article explaining the experience, I “started sweating” around number 4).

Altucher’s idea exercise is great for carving out some time to get your brain moving, but realistically, our brains aren’t going to limit idea-generation to this small piece of the day. Whenever I have a brilliant idea for something, it arrives at a super inconvenient time, and I fall into the trap of “Oh, I’ll totally remember this later- it’s so amazing, how could I forget it?” But…then I do.

Those of us who have been burned by this experience enough times will find ways to avoid this happening again. Others might be blessed with being idea machines, so the loss of one idea doesn’t feel as tragic. Here are some of the best tips I’ve had for jotting down these ideas (with and without technology): 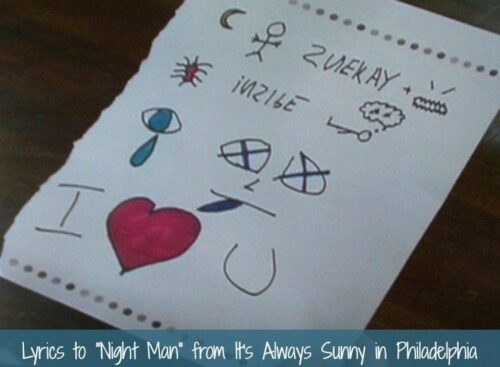 It really only has to make sense to you…

4. Revisit. Don’t leave your ideas to sit around collecting dust. At the end of the week/month/whatever interval you choose, go back and look over what you’ve written down. More on organizing notes will come in a later blog post, but in revisiting your notes you’re sorting out ideas you might actually want to take action on at some point later on. After all, what’s the point of writing all these ideas down if you aren’t going to see one or two of them through?

Whether you consider yourself an idea person or not, writing down your ideas when you have them, be consistent and clear, and go back and look them over every now and then. What are some ways that you’ve found to get notes from in your head onto paper?

This month’s theme is all about notes, stay tuned for future posts throughout the month!