How Pregnancy Has Made Me a Target

…For online ads, that is.

Although I didn’t make a public announcement until recently, targeted ads still found out, and kept appearing on my Facebook and Instagram feeds. But, if I hadn’t told anyone yet, how did the internet already know I was pregnant?

Soon after finding out, I downloaded two apps, BabyCenter and What to Expect (both fairly popular). I also started a registry online. Several online articles say that this combination of app downloading and browsing history made the announcement happen a little earlier- not to actual humans, but to the internet. (Side note: I did almost accidentally make a semi-public announcement to the internet via Pinterest when I mindlessly pinned a pregnancy related article to a board I thought was private- whoops). There’s a creepy Big Brother vibe to it.

Here are some of the more interesting targeted ads I’ve seen go by:

Exhibit A: Ovia, a Pregnancy & Baby Tracker This is a screenshot from my phone, which I’d normally crop but knowing this was a mobile ad vs desktop is important. As mentioned earlier, I already have two similar apps downloaded on my phone (from the App Store, not through a link on Facebook). 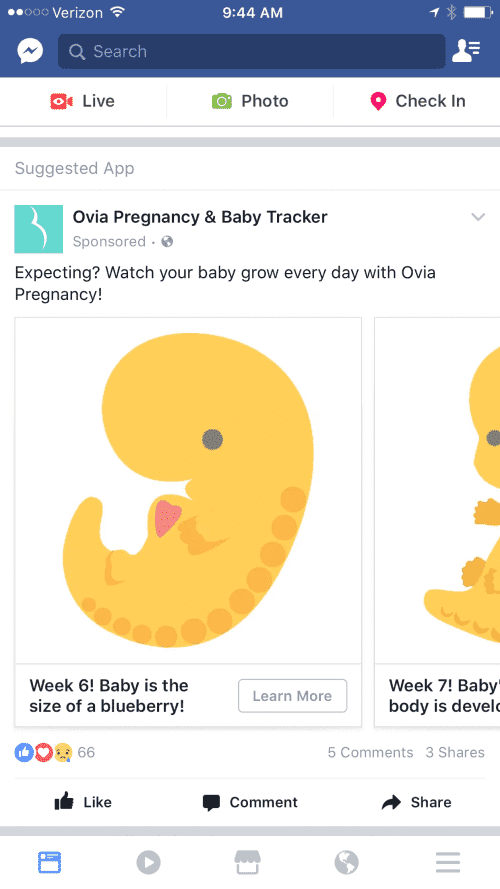 Admittedly, I did decide to download it because it’s more interactive than other apps (allowing you to track weight gain, keep track of meals and moods, look up symptoms- I can’t tell you how many times I’ve Googled “Is ____ normal during pregnancy,” and size comparisons that aren’t just food based). Size comparisons include fruits & veggies, Parisian Bakery, Fun & Games, and Weird-but-cute animals (guess what I chose?) So, this was a sponsored ad success. 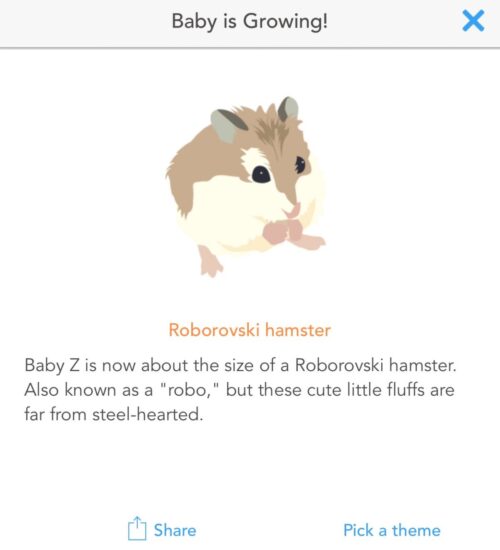 Unfortunately, I don’t actually know how big a Roborovski Hamster is, but I’m still having fun.

Exhibit B: Carousel Designs. This was a desktop ad that appeared in my Facebook newsfeed as I took a break from registry building (which, I’ve found requires some breaks). I didn’t give it more than a passing glance because I was on a baby shopping break, but for purposes of this post I did some follow up.

The link redirects to babybedding.com, which makes sense because it’s entirely crib/nursery related. I’m not in any position to design a nursery right now, due to figuring out space and not knowing if it’s a boy or girl yet. 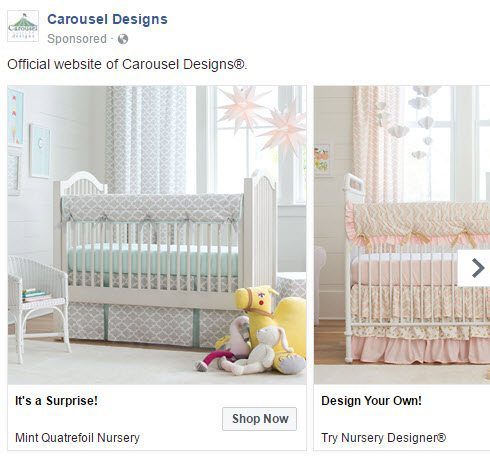 Exhibit C) Preggo Leggings The timeline for this ad is interesting. Not only did it coincide with browsing for maternity clothing, it also appeared after being put in a Lularoe Legging group on Facebook. I’m not really sure which one triggered this particular ad (probably the maternity clothes), but here we are. 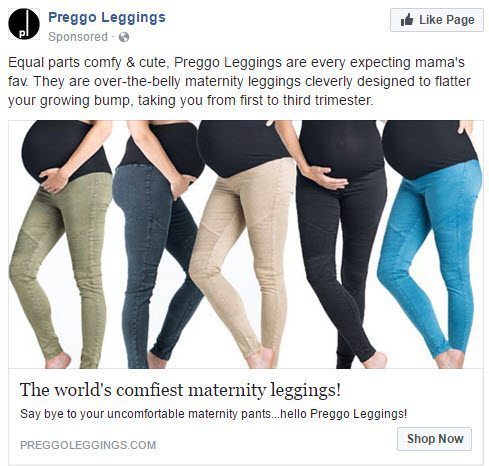 I didn’t click through this ad because I’m kind of burnt out on the online world of leggings right now. The internet may have a good eye for search history, but that doesn’t mean it has perfected it’s timing. It did seem like they were a bit more expensive than I’m willing to pay for an article of clothing I can only wear for another 5ish months, and with all the other stuff that I have to worry about, leggings aren’t very high on the list.

Exhibit D: Babiesfan Fun fact, I can’t actually find anything online about this sponsored ad, and I didn’t click on the link in Instagram. I’m kind of regretting that now, though, since this pillow is looking heavenly on a Friday afternoon. (I am thinking while some pregnancy offerings are more niche, like the leggings, this pillow may be a more universally appealing item.) This was my first Instagram targeted ad, and I’m sure more will follow. 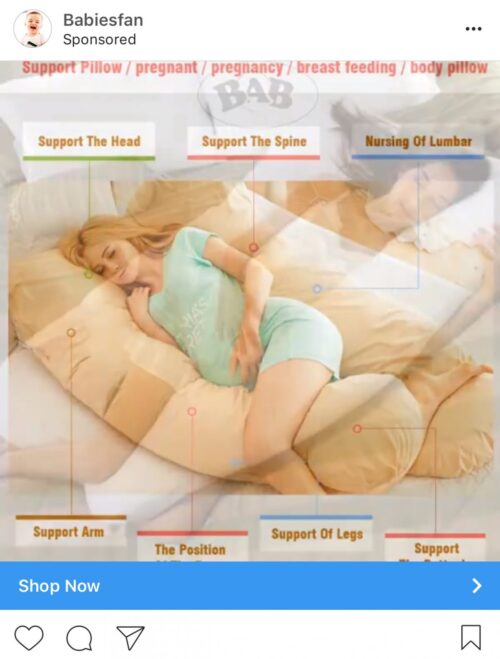 Finally, this isn’t really an ad, but an interesting notification from one of the baby apps. It’s a light inactivity notification (“Hey, you haven’t posted anything to Instabookchat in awhile. Let your friends know what you’re up to”). Since I don’t really ‘participate’ in the app, apart from reading the daily tips and seeing the cool weekly progress updates (I’m not sure why fruits and vegetables are the go-to scale for size updates, but that could be a blog post of it’s own), Babycenter was giving me a bit of a nudge.

I’m not sure how I feel about being low key shamed by a robot for already not participating enough in mom activities, but for what it’s worth I did take a look into the group forums. Unfortunately I got sucked into reading a lot of “Here is everything that can go wrong” discussions, and decided to stick with the daily tips section instead.

So, if you’re pregnant, planning to become pregnant, or just curious, the body isn’t the only thing that changes- your internet might start to look a little different, too. But remember that you can customize the internet to see less of the ads, notifications, and other personalized online experiences so you can be as comfortable as possible, whether you have a baby at the avocado stage or just had guacamole for lunch.