At first, I think some of us were worried the internet was going to give us all unrealistic body expectations. Photoshopping, #thinspiration, and just the amount of images there are have done some of that. Listening to a WNYC program about what the internet/social media has done with respect to eating disorders shows this unrealistic end of the spectrum pretty well.

As a backlash to this, I’ve noticed more recently is a wave of events moving towards the other end of the spectrum. Not just “I like who I am” but “Here’s my flabby stomach”. This natural evolution seems to be a combination of things happening at the same time.

I heard a podcast about ‘instagram for doctors’ and had to check it out. Figure 1 is an app where doctors can upload photos in an attempt to not only amuse each other but share information. 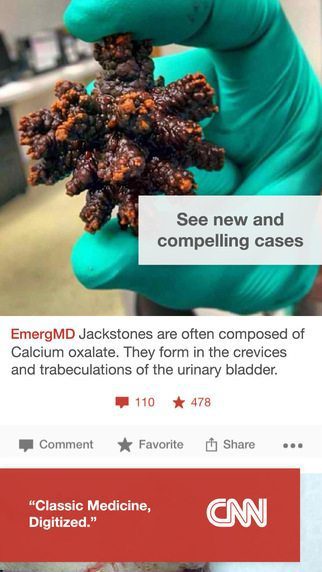 Suddenly rashes aren’t something terrible and horrible but something hundreds of people are posting and commenting about.

Slight background: Now I had TERRIBLE acne as a teenager/young adult. And I know everyone says that but I really did. Like count to 100 pimples and keep going. I was super self conscious about it and eventually went on Accutane in my mid 20s to get rid of them.

There is something very satisfying to me about these people being free of their blackheads. Is it because of my background? Is it because my work is do digital and watching someone do something start to finish physically is satisfying? Is it just generally mesmorizing? I’ll never know. (The ‘Mr. Wilson’ video series in particular is amazing if you want to see this in action.)

Yes, a whole Youtube channel with millions of views of people watching skin extractions. Did you think we’d ever see this day? Medical stuff, even weird medical stuff, is getting more normal to see.

If we step away from the ‘medical’ camp, we also see regular people and celebrities beginning to draw attention to less than desirable or traditionally ‘controversial’ things.

Chrissy Teigen has famously recently posted this photo of herself on Instagram:

I noticed bruises but she captioned the photo: “Bruises from bumping kitchen drawer handles for a week. Stretchies say hi!” There is an Instagram account called ‘Love Your Lines’ with over 100,000 followers and the ability to submit your own stretch mark photos. And if you think of any traditionally negative body trait, I bet there is an Instagram movement to flaunt it.

Similarly, not just parts of bodies but body processes/activities like breastfeeding or getting your period unexpectedly have been getting more normalized, online and offline. Model Nicole Trunfio breastfed her son during a cover shoot for Elle Australia and they decided to turn it into a subscriber only cover. 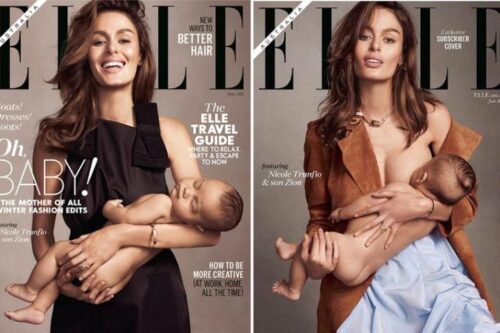 It’s brave to like yourself. But it’s brave to say “I have this thing that isn’t sexy/beautiful but it’s part of me so I love it.”

#NoMakeup And Posting Less Than Perfect Stuff About Ourselves

For years, women have been posting their own #nomakeup selfies (though there was an uptick recently when Amy Schumer released her boy band parody song ‘Girl You Don’t Need Makeup’.)

Rather than women calling each other out on social media (though I know that still happens), it seems more like people are moving towards posting more normal things about themselves. I mean I’m not necessarily going to show you all my leg stubble but if someone takes a picture of me at the beach, I am perfectly fine with it being posted. Because we live in a climate where it has become more and more accepted that ALL of us are online visually, not just the wealthy and beautiful with modeling contracts.

This culture has resulted in an internet of diverse bodies and experiences we can easily reference. And as a society, it’s nice to not just see what media companies put out there in the way of images and messages. Teenage Nicole would have appreciated  seeing some people like her but Adult Nicole appreciates that the internet has gotten us there.