Last week, Nicole and I took an online course on Photoshop. After five hours, we absorbed a ton of new info, but it was clear that we’d just scratched the surface of this program. During the course, it became clear that Photoshop is an amazing tool, when used correctly. It’s also fun to work with.

After the course, I feel like I know about maybe 10% of Photoshop’s potential. Because I understand how difficult working in Photoshop can be, I have a bit more empathy toward those who work with it as a full time gig. All those “photoshop fails” make sense to me now. It’s a tricky and involved process, and after staring at an image for a long period of time, weird things start looking pretty normal (and vice versa). At the same time, though, someone probably should be double-checking manipulated images for error. Below are a few favorites that I’ve seen over the years:

1. Russian model Natasha Poly’s Missing Arm. Or, a spontaneous hand growth on the back of her head. This particular incident of photoshop disaster received a lot of attention in 2012 because it happened in Vogue, not some low budget tabloid. With larger, “high-end” companies that use image editing software, the key is subtlety. Vogue and it’s companions want you to believe in the images they show you- that these are what things actually look like- and Natasha’s missing arm puts a gaping hole in that illusion. …Get it? 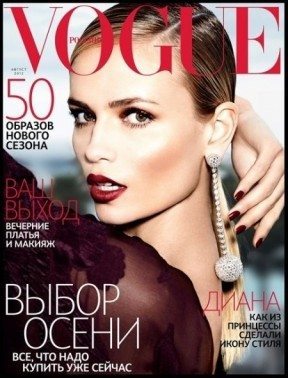 Along those lines, Victoria’s Secret has also encountered some issues with editing its models. There’s this example of a thigh gap gone horribly wrong. So, the next time you’re looking at one of their catalogues and feeling a bit self-conscious, wondering “Why don’t I look like that?”, remember this image and be thankful.

2. The Floating Mom of Toys ‘R’ Us: This is either another example of too much erasing or a poor cropping job. The mom and kid in the pool obviously don’t match the background, which is made even more apparent when you look at the mom’s lower body (or lack thereof). Now, it just looks like Mom is propping up her legless body to get a better vantage point of her young daughter enjoying the kiddie pool. Thanks for the memories, Toys ‘R’ Us! It’s enough to melt the heart.

3. Carrie Underwood’s Franken-Hand: There isn’t a need for explanation here. Just look at Carrie’s poor arm. It looks like it belongs to an alien. 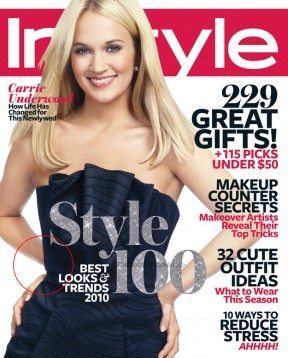 4. Ralph Lauren’s Tragically Mal-proportioned Model. Sure, I understand what they were trying to accomplish here- a thin model who also has an hourglass figure. Unfortunately, the end result just looks like Keira Knightley stepped into a Funhouse Mirror. 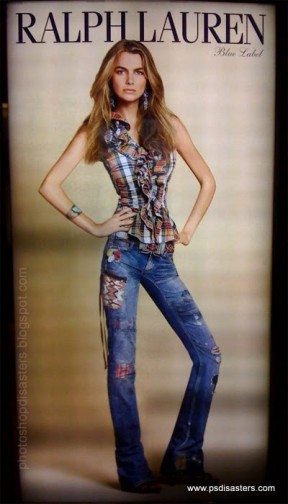 5. Wal-Mart’s Disappearing Table. I find this one particularly amusing, mainly because it’s so blatant. It’s as if the person editing just got lazy or bored and said “Eh, close enough.” If you’re going to use Photoshop, especially for business purposes, at least try to finish the job. 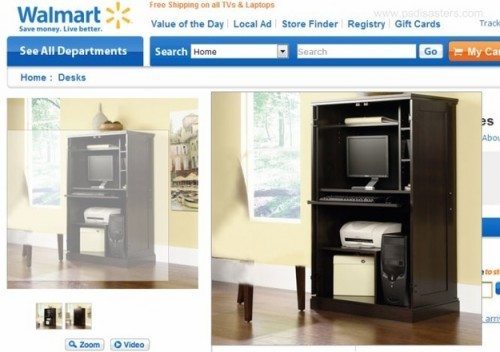 While these disasters show the comic side of photo manipulation, there is of course the darker side. Many of these images are doctored with the intention of enhancing appeal, often in a way that gives us with unrealistic expectations. When men and women are constantly presented with these manufactured images and ideals, the danger of self-image issues will usually follow.

Photoshop and programs like it are incredible. However, there’s a line between using it for enhancements vs. trying to construct an unattainable reality (c’mon, In-Style, in what world will I ever have a wrist that looks like Carrie’s? Stop shoving this stuff in my face, mmmkay?).

Also, this video is pretty impressive. It runs through a photo shoot and how the image gets manipulated. Moral of the story: Photoshop is a powerful tool. Use it wisely.