Jeremy Frey is a rock star in the basket world. His one of a kind creations go for thousands of dollars (or tens of thousands in many cases). They take months to make and every detail is perfect. When I saw them in his workshop I was blown away.

When we began working with Jeremy, orders were a little slow and he was gearing up for summer shows. He had applied for and gotten a grant to develop a website and some branding materials, knowing that these tools would take him further then he could go at several yearly shows and with his current client base, many who collect his work.

He wanted to reconnect with people he had lost touch with and find new customers who were specifically searching for him online (and clearly not finding him).

We took care of the website part while Jason at Loop Design Group worked with Jeremy on the logo/branding. Since this was finalized earlier this week we can write about the project (we had a stand in header so Jason and Jeremy could work without pressure and so in the meantime so Jeremy would have the site to use for his shows). 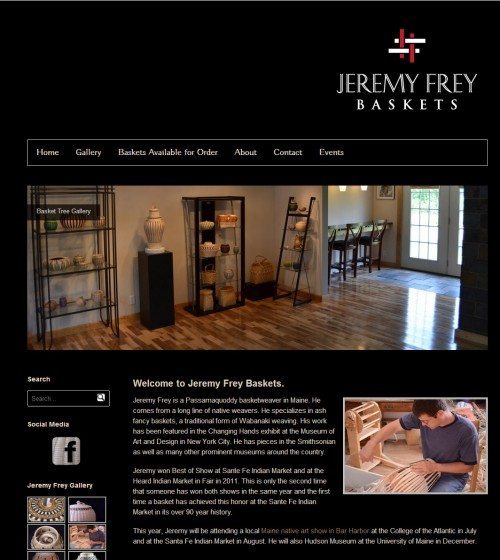 I like to joke with Alice about having an inherent bias against black background color websites. (I had a proto-hipster boyfriend about ten years ago whose blog was black with white writing as were the black and white photos he posted. He wrote deep thoughts on this site and it makes me roll my eyes to this day to think of it.) But this website really changed my mind about the whole ‘black background is a moody teenager’ thing.

Alice is right, done properly it can look artistic, and depending on font choices and other design elements can look either ‘boudoir’ or ‘masculine’. In this case, clearly masculine.

Alice also wanted to incorporate lots of basket textures since Jeremy’s work is so intricate. (Loved the Facebook icon she came up with!) These were only used as touches since we didn’t want it to seem over the top. 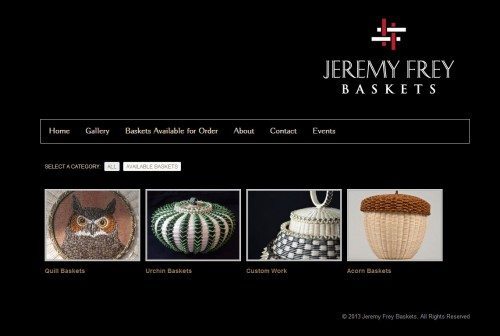 Since Jeremy’s baskets are made to order (with custom colors, etc.) a shopping cart was not necessary but we did want to communicate that people could order with the website. ‘Baskets Available For Order’ in the menu as well as a custom inquiry form below each basket type meant that people understood they could order without us having to actually show every kind of basket that Jeremy could make (hint: a lot, like hundreds).

But most importantly is Jeremy happy with this site? “I”ve already gotten a lot of inquiries from it.” he said. He says mainly in the way of people he’s lost touch with over the years that have found him and his work again as well as some new customers.

I know many artists who hesitate to spend money on their websites… but  I think people would be surprised that they’d make their investment (if not more) back by just having somewhere online people could see their craft.

Check out Jeremy’s site if you want to learn more: http://jeremyfreybaskets.com/ 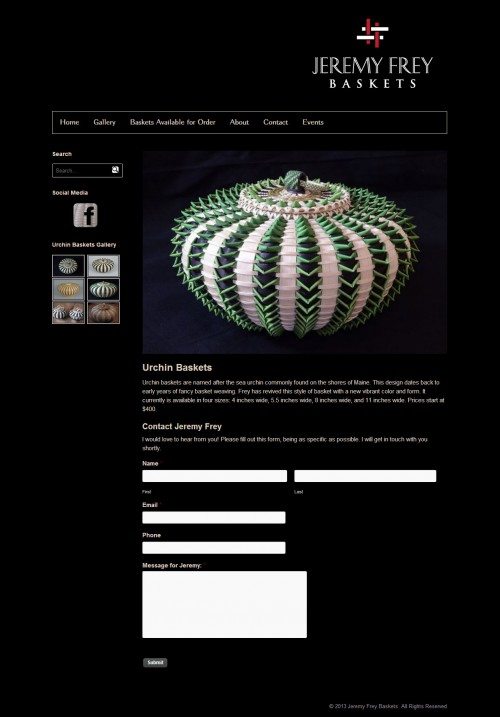