So some of you may have known that I snuck off to Europe for 10 days in July. I say ‘snuck’ because leaving in the middle of the busiest time of the year with two interns three months before getting married felt very much like sneaking off.

My friend Sarah graduated with her doctorate and, as a present, her parents gave her two round trip tickets to Europe. So getting free airfare and splitting the additional costs of a European trip with a great friend I thought I’d travel well with seemed like a no brainer. So off we went!

Of course, I can’t just be lame and share boring photos of our trip without some kind of takeaways. I will say, I did find being in Brussels, Marseilles, and Amsterdam to be very inspiring in terms of making me look at our work differently.

Fun Takeaway 1: Europeans are a lot less uptight than Americans and therefor can have a lot more fun with their advertising.

In case you have never been to Brussels, there is a tiny statue (maybe two feet tall) as part of a fountain of a little boy being. He is well known and loved in this country and has snuck his way into a lot of advertising. I mean, this kid was peeing, everywhere, from the Coke machine at the airport: 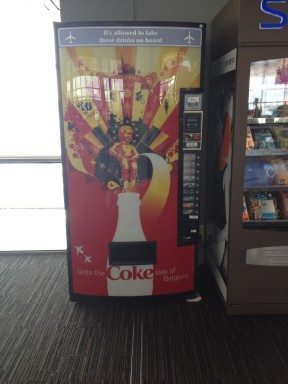 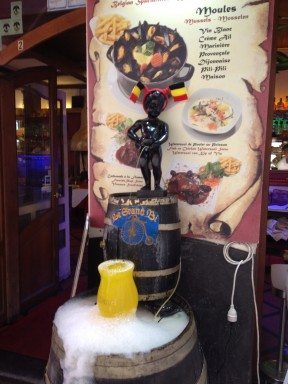 To advertising the bus route: 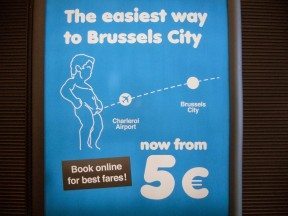 Can I picture a universe where any American city would embrace any thing like this so fully? Definitely not. And while this isn’t the only slight blush incident of advertising I saw, it was definitely the most clear example!

Fun Takeaway 2: There is a lot of regional pride that is not only demonstrated verbally or with clothing but beyond.

Maybe it’s because the United States is so geographically spread out but it is very hard to find the regionalism that I have found in visiting Europe. People are very proud of where they are from, beyond mentioning it to strangers when asked.

For example, the official color of Holland is orange and the World Cup was happening during our stay. I have a hard time picturing residences and businesses with, say, a team in the NFL playoffs getting so collectively excited with their decoration: 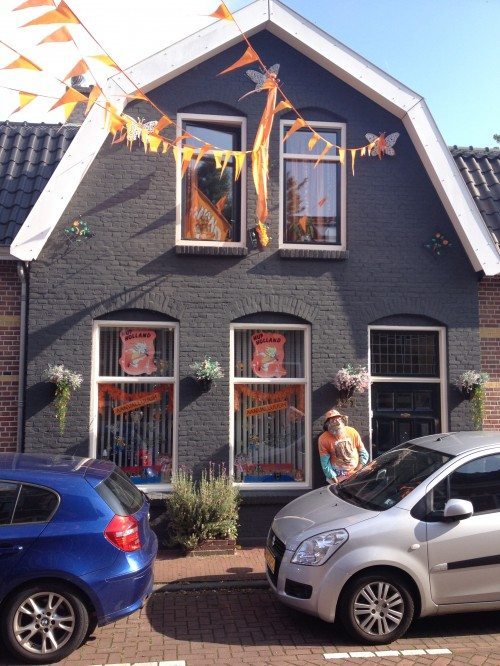 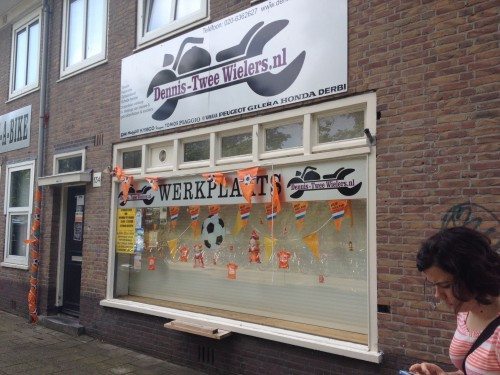 If I am wrong with this lack of decorative enthusiasm/geographic pride in the US, please correct me. But I sincerely think it is one thing to wear a cheese hat on game day and a complete other thing to spend hours decorating your home or business for said event. I can also picture some neighbors getting upset about the eyesore of orange flags all over someone’s yard.

Fun Takeaway 3: They seem to have lots more fun with fonts than we do.

While in America, we judge people for using certain fonts, Europeans seem a lot more whimsical in their use than we do. Maybe because things are older there (businesses and signs included), maybe it’s because Europeans are used to a mixture of cultures/aesthetics and won’t judge a place as harshly based on its use of font.

I mean let’s face it, these fonts (and heck maybe even the pictures that are accompanying them), would not have been approved in the US (and yes, that first picture is of Sarah in front of a very large duty free store at an international airport. In other words, not a mom and pop shop like the ‘streetglide’ sign. 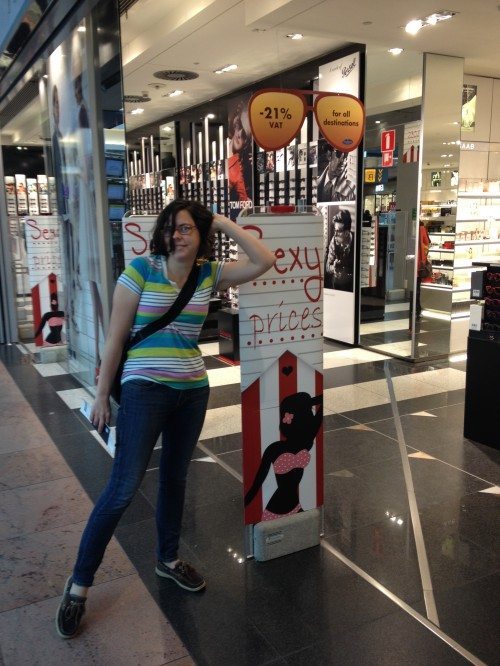 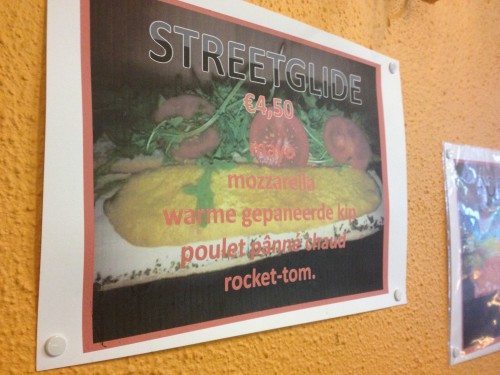 If I drove around America cataloging the number of different fonts I saw, I bet it would be less than half the amount I saw in a similar geographic area in Europe.

So I would LOVE other peoples’ opinions about whether I am spot on (or not)! In your travels, have you noticed things related to marketing in other cultures, I’d love to hear them! I don’t travel a ton but I really got a kick out of a lot of this stuff.