My friend Ryan Pelletier became the town manager of Madawaska within the last couple years. One thing I’ve noticed since he took this position is how he uses Facebook in particular as a way of reaching the masses. He also has a really straightforward approach (sound familiar?). We decided to ask him how he used social media as a tool to do his job better. We’ve included some of Ryan’s posts as examples in hopes to inspire others looking at this post of what kids of information they can share.

I see you use your Facebook profile to communicate messages about what’s going on, including changing town office hours or moving public restrooms. What makes you use your personal profile versus an official company page?

For me, I’ve been doing this kind of work for a long time and have amassed a lot of friends and contacts on my personal profile. We have toyed with the idea of an official town profile, but I feel that folks follow me and are used to getting info from me via my personal page. My next plan is to start communicating some of the Town’s notices (meetings, elections, flyers about events etc.) via SnapChat for a younger demographic. I will probably use a town Snapchat account for that instead of my personal one, but I haven’t figured out how to set that up yet. 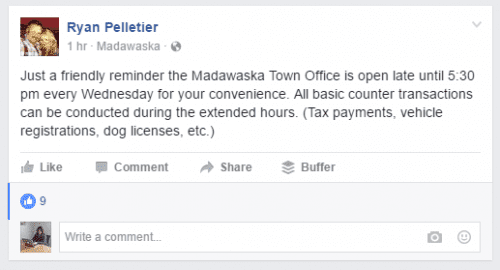 How has your openness changed the way people perceive town government and the Town of Madawaska in general?

People by and large seem very pleased with my style of open communication. Town Government (and really all government) should be an open book. Not everyone will agree with what I or the Town leaders decide to do, but that’s ok. At the end of the day, I have to remember, it’s their town, I just work for them. I also get a lot of compliments from local folks both in and out of Madawaska that have said they notice a huge difference in the perception of Madawaska. That’s the best compliment I can get!

What is the most surprising interaction you’ve had on social media about community development?

Not specifically community development, but, when we were considering the drug testing for welfare proposal. That was very eye opening about the strong opinions both for and against. I got to see lots of opinions expressed from throughout the State on that one. 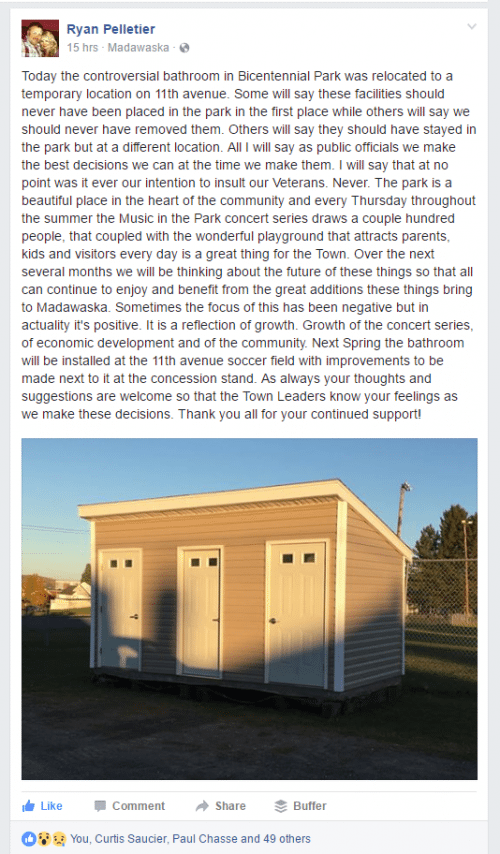 Do you have any advice for town governments looking to use social media to promote understanding and interaction?

Social Media is not a lot different than regular media in my opinion. I always say it’s better to control the message than let others control it for you. Just like when I issue press releases or do interviews with the local news, it’s about getting ahead of the curve and letting the people know directly what is going on. So the advice is, keep the message simple, honest and straightforward. Don’t be afraid that your opinion will be opposed. It’s all good! 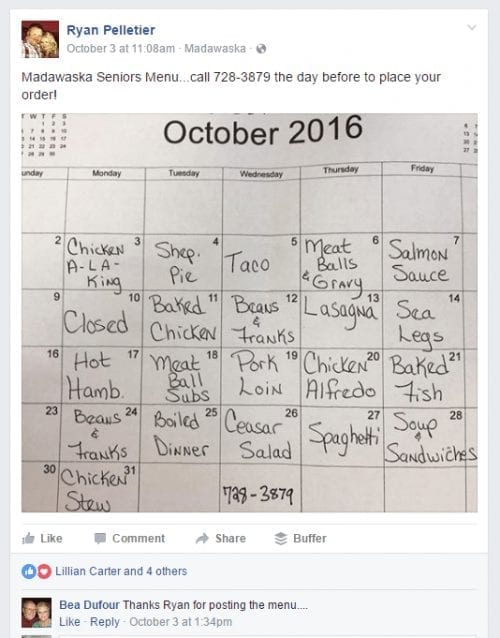