Every Monday, a post about websites, web promotions, and how to do it well. Let me know if you have an idea!

I was going to write about something else entirely until the task of transporting 25 pounds of cuteness consumed my life.

To be clear, let’s take a look at what all this work has been for: 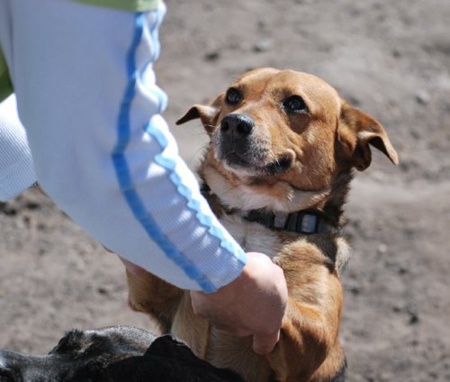 *Sigh* Ok, that was helpful. And gives this whole situation perspective.

Regular readers may be aware that I had to put my dog down in January. She was 15 years old and I had watched her slow decline for almost an entire year. As someone who lives alone and works at home, I’ve missed the companionship of an animal. And while I am not expecting another Sadie (who was irreplaceable), I know my new dog will add a lot to my life… if only there wasn’t the slightest issue.

Corky the Corgi lives in Georgia. And I live in Maine. (Unrelated: Yes, I am changing her corny little name the second I get her.)

I have spent days investigating how I can get this animal to where I am, and would like to offer the folks who run animal shelters a few tips to help people adopt more animals, as I have been ridiculously patient throughout this process in a way that others might not be.

If you’re going to offer it, be ready to know what that entails, and how much it costs.

On the front page of the shelter’s website, they say transport is available to the northeast. The transporter I talked to (an affiliate of but not exactly connected to the shelter) could only get my dog to Rhode Island. Last I checked, there is still a lot of the northeast to go after RI.

I explained to the woman I lived in Maine who proceeded to tell me it “isn’t that far”. Only it takes me four hours driving just to get out of the state, and I’m centrally located. Maine is a big state, people!

When I asked how much it would cost to fly the animal, I was told to call Delta myself, which I did. $265 will fly a 25 pound dog one way in cargo anywhere in the United States (same fee anywhere). I’d suggest the shelter place some sample rates on the site, even as a ballpark for someone like me looking into this.

Have a clear system as far as what happens first, and so on.

On the Petfinder site, it says to fill out an application before contacting this particular shelter, so I did. I was then asked to fill out an application again. As someone who has never gone through this process before, who had and who didn’t have my information was confusing. Either having one caseworker or a clear chain of command would have saved me several explanations. Even a diagram on the landing page of the site showing what was expected of me versus what the shelter would do would have been great. Who knew I was going to be arranging pet transport almost entirely myself?

Be consistent across platforms.

Petfinder is an excellent portal and gets animals in front of a lot of people. That said, once the information on Petfinder should match what is on the shelter website. In my case, the steps were reversed depending on whether you saw the website or Petfinder profile first (Is it inquiry email first or application first?). Being consistent with your offerings, whether you are a animal shelter or a five star restaurant, helps your online reputation big time.

One of my friends put me in touch with someone in Maine who relocates shelter dogs from the south to New England and another Facebook friend shared with me a pet relocation service one of her relatives works for. Thanks to them, I now have additional options other than driving 10ish hours or paying over $250 plus adoption fees to get the shelter dog from Georgia here. Whoever isn’t on Facebook or Twitter should get online, if only for being able to tap into the collective knowledge of your friends.

In short, I hope by next week, I have a dog and can concentrate on giving her a good home rather than figuring out logistics. Here’s hoping this doesn’t fall through…