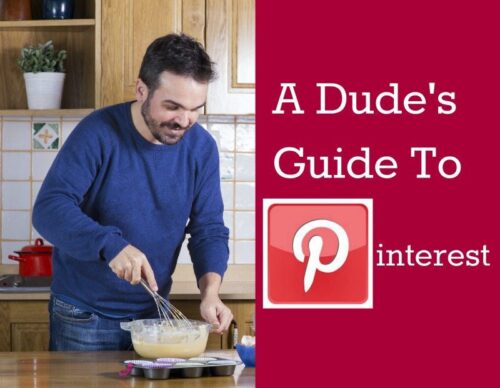 Pinterest is one of those wildly popular websites we find ourselves explaining to people. Most people think it’s for women only so we thought we’d have our token male, John, look at the site and report back. For the next few weeks, John will delve deeper and deeper into Pinterest in an attempt to explain it to everyone but in particular a certain half of the population. This concludes the series of posts that take a look at social media through a guy’s perspective. (If you missed posts one, two, and three, give them a read!)

There’s a lot of detritus out there.  Seriously, someone has a how-to on how to cook make perfect crispy bacon. (Step 1, open package; Step 2, place in pan; Step 3, throw pan and bacon in trash because you’re too dumb to cook bacon.)

There’s also a lot of catch phrases that turn me off. “Paleo,” being one of them. “Gluten-free” being the other. One recipe called for “Himalayan sea salt.” That’s way too a specific a salt to for any self-respecting guy to ask his grocery store clerk for. There are only two types of salt. The small kind and the big kind. It doesn’t matter if it comes out of the ocean or not, it still tastes like salt.

I’ll forgive you Pinterest. Because now I’m soaring on the chicken wings of my dreams.

But … will I continue to use Pinterest? Would I recommend it to other, like-minded dudes?

I’m still leaning toward “no.” I enjoyed the fact that I could find an easy wing recipe, and that it came out great. But I can just as easily find that sort of thing on Food.com, Foodnetwork.com, or the plethora of other online recipe depositories out there. My other pinboards are largely empty.

Just like real-life scrap-booking has little appeal to me, I can’t really recommend Pinterest to other dudes. I work a lot, I have two kids, and there’s just not a lot of time for this pinning nonsense. My Pinboards will collect whatever the equivalent of dust is on the internet.

So long, Pinterest, and thanks for all the wings.