Last summer, the following conversation occurred between a good friend and myself:

Me: “I got an iPhone! In no way am I qualified for this much technology!”

Friend: “You have to get Snapchat. NOW.”

And, since I lack the forces necessary to counter peer pressure, the app was on my phone less than 5 minutes later.

For anyone who is unfamiliar, Snapchat involves taking a picture or video, adding a caption and/or drawing on the picture, and sending it to friends (who you can search for or add right from your contacts). The catch is you can set the viewing time between 1-10 seconds, which adds the urgency of “THIS MESSAGE WILL SELF-DESTRUCT IN…”  The premise resembles a social experiment where  people  live free of consequences, and the ability to screenshot functions as a vague force that keeps (almost) everyone in line. Plus, you never know quite what to expect. When I explain this concept, some people  react as if I’m chatting up the sketchy guy standing alone in the corner of an already questionable basement party (I promise, it’s not that bad). 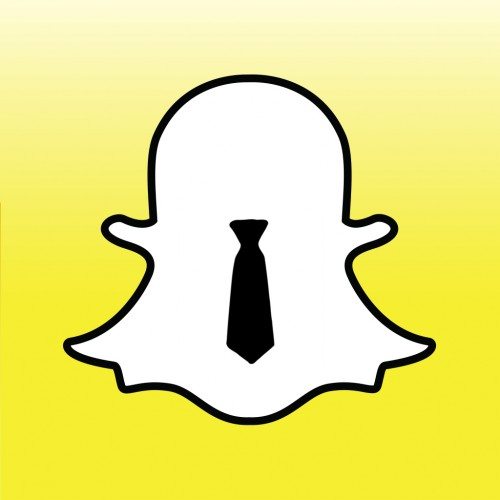 Snapchat boils down to these basics:  it’s fun, easy, and at times, totally inappropriate. What’s not to love?

In the past months, businesses large and small tested Snapchat as a marketing tool. My knee-jerk reaction was Why would anyone want to get snaps from businesses? Well, after taking a bit of time to ponder the issue, I came up with this list of business snap pros and cons:

So, whether or not you decide to try Snapchat for your business, I definitely recommend it for entertainment purposes. My only example is this snap below, from last December. Could I have e-mailed or texted it? Yes, but I wanted to spare my friends the burden of having “Wrecking Ball” stuck in their head all day, so I sent the type of message that cleans up after itself.