During my first month at Breaking Even, I was introduced to video editing in iMovie. Okay, “re-introduced” is probably a better word- I’d dabbled in iMovie  back in 2002, when the state received a grant for public schools to get Macs for 7th graders. So in 7th & 8th grade, we all learned how to do some basic film editing (Ken Burns was basically my hero). There are some significant differences between the type of video editing I do for Breaking Even and the editing I did as a 12 year old, the most notable being that now, I have to edit myself. 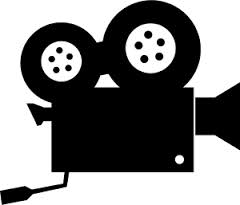 Seeing yourself on camera can be unsettling at first. While you’re editing, you have to learn to detach from being hyper-focused on what you look/sound like. Otherwise, you’re going to be super distracted and it’ll take you a week to edit 10 minutes of material, assuming you can even bring yourself to complete the task. Being on camera and learning how to edit video footage were both out of my comfort zone six months ago, but I’ve grown accustomed to it, and have learned a thing  (or five along the way:

1. The camera is your friend.

At least, that’s what I try to remind myself. There’s something about seeing that little red light flick “On” and suddenly, my mind goes blank. I’ve always had a “deer in the headlights” response to stressful situations. As it turns out, performance anxiety happens to the best of us, no matter how experienced we are with public speaking or performing stand-up in front of a live audience. It happens to amateurs like myself, and there are a ton of recommended ways to cope with it. For me, having a set time for filming helps the anxiety: I know when it’s going to happen, and can mentally brace myself for it. If you have anxiety about public speaking, you aren’t alone, and this article offers 10 tips for handling it.

2. The best material is unscripted.

The first time I showed up on camera for a Tech Thursday video, I had written out my 20-30 second blurb (I think it was about re-sizing photos before uploading them to a website), and basically recited it verbatim for the camera. It wasn’t terrible, but to be honest, when I was editing later, I actually got bored. It was like watching a drone. Eventually, over the course of filming, the script became unnecessary, and Nicole and I more or less learned how to get in the zone with ad-libbing. Not only did this make the actual filming process fun, it was more fun to edit (and hopefully, watch).

Scripts are fine, and in some cases, necessary. Then again, there are times when something unplanned happens, you roll with it, and hey, it’s even better than the original! (This totally happens in Hollywood. And life in general). You can also just go in with a general plan of attack, and see what happens. Which reminds me of a joke told to me by a wise 4 year old: How do ducks learn to fly? They wing it!

3. We’re our own worst critics.

After you overcome the anxiety of performance anxiety and learning what to say, you have to watch yourself saying it. Multiple times.

The first time I watched a video of myself, I thought Wait, why is my face shaped so weird? Does my voice really sound like that? Is that a lisp? I had no idea my skin tone was so uneven…My hair is stupid. And so on.

But guess what? Fixating on the way I perceived myself on film wasn’t getting the video edited. It only wasted time. More than I’d care to admit. And hey, that’s kind of saying something about life in general, right? Instead of being disappointed that one of my eyebrows is higher up than the other, my energy would have been better spent editing the quality of the video itself.

Yeah, yeah, we’ve discussed this idea hundreds of times, but hear me out (again): often, if it seems like there’s part of the video where we’re just talking or explaining something, I’ll usually insert a relevant screenshot that highlights or complements what we’re discussing. If we’re talking about a specific website, boom, in goes a screenshot of that website. If we’re explaining the process of researching a hashtag, we might usescreenshots that show each step, so that viewers can see it rather than just watch us talk at them about it. Every now and then, a funny (yet not completely random) image works wonders. It breaks up the visual content of the video, and the people watching are better able to understand the tutorials we’re giving.

After I’ve put a video out into the universe (aka YouTube), I sometimes think, “Wait, I’ve made a huge mistake. I should have done X, Y, and Z oh no what was I thinking?!” But, as Nicole has said to me several times, if we wait until something is ABSOLUTELY perfect before we share it with others, nothing would ever get done. And that’s really not great for a business. As long as you put the effort in and gave it your best shot, you can’t keep obsessing about what you might have done differently. Hindsight is 20/20, and all that jazz.

Along those lines, there’s more than one right way to edit a video. For instance, I might make the executive decision to cut out 30 seconds of footage, while Nicole might’ve chosen to keep that 30 seconds and cut out 15 seconds in one place and another 15 somewhere else. That doesn’t mean either of us are wrong, it’s just artistic differences.