Lately, I’ve been seeing a lot of things go by about “unplugging” or generally disconnecting from technology. As a person who spends a considerable amount of time on computers/the internet personally and professionally, I understand why this is appealing. But, as a person with a tendency toward addictive behaviors, part of me wonders if this cycle of adamant unplugging symbolizes a binge/purge cycle of sorts (one that I get caught up in pretty frequently). Does it have to be an all or nothing, black and white situation, or is there a happy medium?

It turns out, there’s A LOT of information that starts up around 2012 that discusses societal dependence on technology/social media, and their detrimental effects on all aspects of our health.

Psychological Health: The attachment to social media and electronic devices is thought to breed negative emotions, including (but not limited to) envy, jealousy, anger, sadness, and fear. Recently, social media has been named the culprit in a rise of eating disorders in the UK. There’s even studies that equate social media addiction with drug and alcohol addiction. Our brains think we’re reaping rewards when we scroll through our newsfeed, so we get in the habit of doing it because apparently it feels good, to a point. 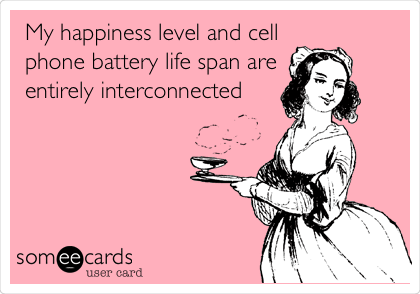 And yet…this article presents a counter argument that suggests our unhappiness comes from the way we’re using social media. If used in a different way, it can actually be beneficial to our mental health. There are blogs, forums, and other online resources that someone who is struggling (but not quite ready to reach out to someone close yet), which can be encouraging and act as a nudge in the right direction. Technology can provide opportunities for outreach and research, and there are even games designed to stimulate certain areas of the brain (creating to help combat symptoms of depression/anxiety).

Physical Health: I’m not an M.D., so I can’t tell you whether sleeping with your phone on your pillow is going to give you a brain tumor, but I can speculate that it isn’t healthy to do so.

Look Up & Away. In 2002, my 7th grade class in Milbridge was fortunate enough to be among the first round of students in the state to receive Mac laptops as part of the MLTI grant. This was also the year that my eyesight went from ok to practically non-existent. That was the year I had to get glasses for nearsightedness. I’m sure there were other factors contributing to this blindness onset, but as with any average 12 y/o, eyeball straining wasn’t on my radar of “Things I need to concern myself with.” Give your eyes some breaks in between typing and

Stretch and Stand: Studies are now showing that sitting for hours on end is actually pretty terrible for you. Go figure, huh? For those of us with jobs requiring a lot of desk time, it can be difficult to not be sitting all day. Some are able to combat this with standing workstations, others make a point to get up and walk around to break up the day.

If standing/moving isn’t possible for you to build into your work life, take a look at some stretches and yoga poses that help ease tension in your back, shoulders, and neck. 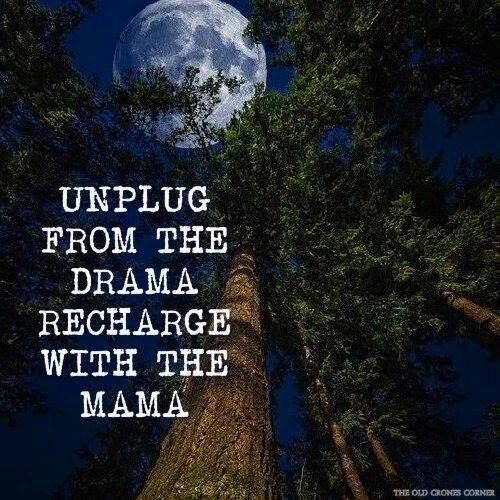 Perhaps ironic, I saw this go by on Facebook.

There isn’t a “one-size-fits-all” solution here (but hey, is there ever?). Chances are, if your relationship with technology/social media feels unhealthy, you’re the only one who can say for sure. If you’re checking your ex’s-best friend’s-step sister’s-dog’s- uncle-twice removed’s Facebook page more than once a day, perhaps a little social media detox would be a good idea. And yes, it’s kind of rude to snapchat your best friend about the latest Kardashian drama during family dinner at your Grandma’s house (quadruple point reduction if your phone isn’t even on silent). Think of some ways to reevaluate your relationship with social media/technology. For instance, as a kid my mom imposed a one-hour per day t.v. rule on us (and we lived to tell the tale). Maybe you put time limits on your technological devices, or only allow yourself to watch Netflix when you’re at the gym (which is also a great workout motivator). Maybe you’re the type of person who needs to detox for a bit and slowly reintegrate things back into your life. It’ll probably take some experimenting before you find feel like you’ve found a happy medium, but ideally you’ll be much happier overall once you’re there.