This picture seems like an appropriate way to start this post, because, well, this past month rocked:

So last time, I noticed some differences about Lift and how it seemed the emails and notifications were getting a bit pushier. It’s funny how when you put a question out to the universe, it always sends you an answer (though you can never predict when and how). My question from last month about whether Lift was getting bigger or if I was unlocking some sort of achievement was answered (via email, less than a week after the last blog post): Lift is getting bigger. I noticed that my emails were no longer coming from  Lift- they’re now coming from Coach.me. At first, I assumed it was something given my email address to and then forgotten about it…

Until I saw this article about Lift’s recent re-branding efforts. Lift is working on becoming less of a daily habit tracker and more of a coaching app. My favorite quote from the article comes from owner Tony Stubblebine: “We helped a lot of people floss, but I don’t think we helped a lot of people do triathlons…the harder stuff.”* The app is now moving towards a coaching style, so rather than going through each small task, they want to push coaching. You’ll be able hire people through the app to help coach you, but this additional service costs money. Eventually, you’ll also be able to have paid plans (though it’s unclear what this looks like at present), but the original stuff will remain available.

I took a screenshot because even though I’m sure this was meant to be comforting, it reminds me of “Every Breath You Take” by The Police.

*Personally, I think “harder” is relative. I know a few people who would much rather do a triathlon than floss.

Anyway, here are the updates from the past month:

I got back on track with those gone-astray goals, such as trying a new recipe once a week. It also helps that I received a really fun cookbook for Christmas that is making the whole process fun and delicious. It’s also helping me phase out of fruit salad and peanut butter (a meal I enjoyed at least 7 days a week) in a way that doesn’t make me completely sad. I also bumped up the “Reading for 30-60” minutes from 3 days to 5 days and am bringing a book to the gym- instead of listening to music on the elliptical or bike, I read. It’s a pretty decent compromise.

And, I added some new goals: I’ve always wanted to do a headstand. I haven’t entirely figured out how yet, but the new Lift is going to help me accomplish this by the end of the year.

Update on the winter bucket list: I’ve had a few spontaneous skiing trips (still no downhill action yet). The weekend after New Year’s Eve (during my hiatus from running), we got a few inches of snow. And with the three storms we’ve had in the past week, I have plenty of powder to play in. No hockey game yet, but I did get to a Pat’s game in between holidays. There was also a general “get outta dodge for a weekend” hope turned reality as I travel south to Connecticut/NYC this weekend to reunite with some old friends, and probably make new friends in the process. 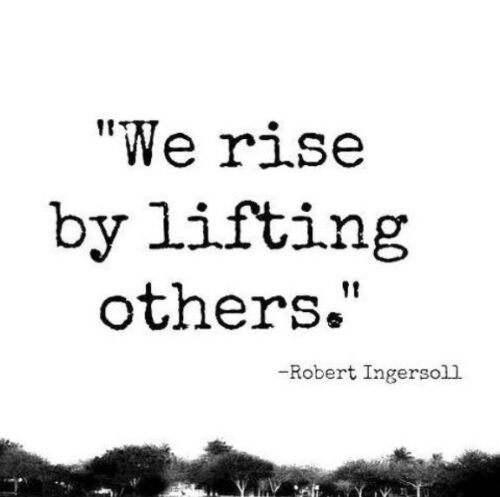 I thought this was kind of a cool “Lift”-esque quote.

I’m not sure how the changes with Lift are going to affect things yet, but man have I got this flossing thing down.