Why the Time to Innovate is Always Now 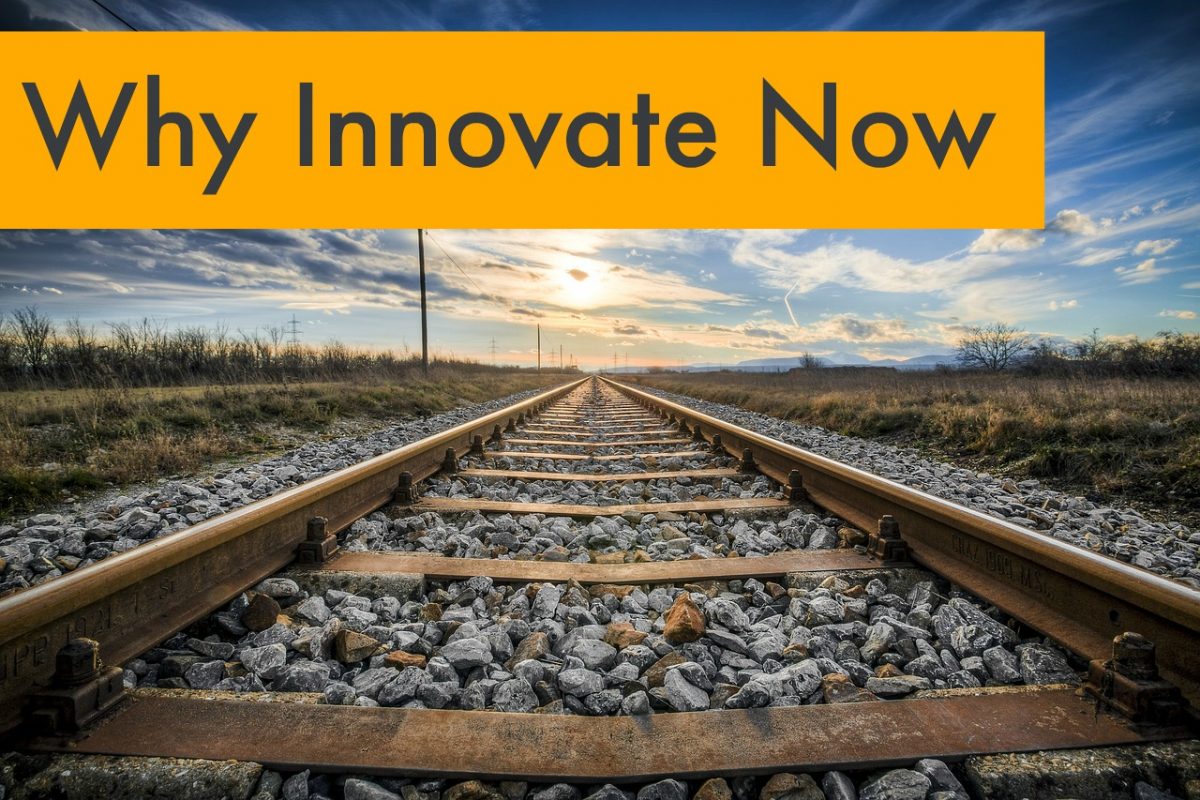 Let’s pretend you are standing in the middle of the train tracks… and you see a very slow moving train that is going to hit you… in ten years.

What do you do?

From what I can tell in some companies, the answer is to sit and complain about how no one stops trains anymore.

I’m looking at some of you, publications.
Some of you, malls.
Some of you, chambers of commerce.
I’m also looking at you grocery stores, electronics stores, and basically anyone affected by Amazon, which is pretty much anyone that does retail (and increasingly services).

So the train is coming at all of us in some way… and we can just stand there and watch it, try to stop the train (good luck with that), or get ourselves out of the way.

The last choice is clearly the most logical. It is also the one we literally have the most control over.

And the great news? We have a lot more lead time about the train these days. The beauty is with the internet, because we are getting instant feedback, we can also see subtle shifts a lot sooner (and a lot less expensively) than we could otherwise.

So not only can you know sooner but we also have more tools than ever to get out of the train’s way.

I’ve seen people get really creative in a few ways:

This may sound harsh, but consider it a bit of tough love. But in a world of:

…we have SO MANY WAYS to get out of the way of the oncoming train.

And while I am compassionate about people in the middle of the tracks at any given moment, I feel excitement seeing people getting out of the way and coming up with an even better scenario than previously imagined. I am the kind of person who needs a problem in my face to innovate and I don’t think I am an exception in that.

So if you see a train coming at you, very slowly, what are you going to do in 2018 to get out of the way?