Mondays, the Breaking Even blog likes to profile a business, non-profit, or person doing cool things online. If you have an idea, let me know about it! A few years ago, my first dog Sadie spent a lot of time licking my kitchen floor. I hadn’t thought much about...

Every Monday, the BE Blog posts about some fun marketing idea, online and off. If you have an idea, let me know. You might be featured!

I’m always impressed when a large company can get a lot of people to vote on something. Voter turnout at elections is so small yet Cottonelle can get thousands of people to vote in the ‘over versus under’ toilet paper debate. Really?!

In any case, over the weekend after spending a lot of hours in a car with Chef Dan, I found out that Mountain Dew is having a vote about a new flavor. Dan’s chosen flavor didn’t win a few years ago and this year, he was going to try them all so he could make an informed decision. His boss is doing the same.

The convenience stores we stopped at were selling Mountain Dew 2 bottles for $2. Lowering the price is certainly a good idea to get people to try new things.

A bit of a break from my normal format, I decided to do a critique of a web advertisement I saw.

The other week, I was looking at Too Cute Tuesday directions on the Instructables website when I came across this ad: 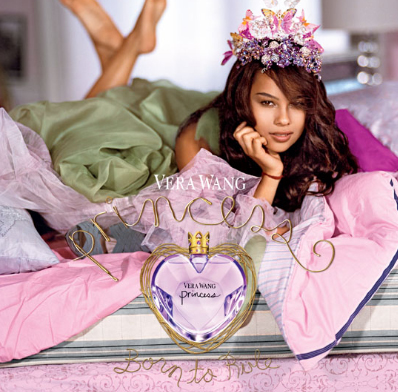 Is that a teenage girl, lying on a bed? I thought I would click through to the website, thinking maybe this wasn’t being marketed to teenage girls. 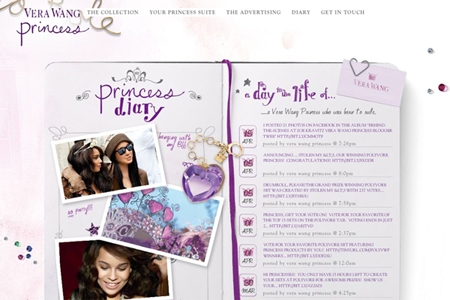 It doesn’t take a marketing person to see exactly who this site is meant to attract. In cases like these, I hate being wrong.

I know that Zoe Kravitz, the model, is 21 years old and can do whatever she likes but come on. That look. On a bed. Looking like she’s wrapped in sheets )€” until you look close and see that it might be a dress. (This is confirmed in a larger format photograph but still,why did I even have to wonder if she was naked?)

I looked for other people talking about this ad. All I found was a handful of bloggers who sounded like they were quoting a press release about being excited about the new line and enjoying the vanilla and fruity notes of the fragrance. I was starting to feel a bit crazy. Am I getting old and being a stick in the mud about this?

I posed the ad to Facebook, just to see reaction of my friends. Here are a few that reflect the overall sentiment:

My friend Jen, who has a teenage daughter: OMG!!! That is crazy…way to sexualize a 15 year old! Gross

My friend Norah, who is raising a teenage son and daughter: Very tricky raising a daughter with this sort of thing in their face all the time. A bit rough on the sons too.

And my friend Bob, who is a therapist: I’m afraid we’ve become desensitized–being bombarded with this inappropriate stuff all the time. I’m with you…

But this isn’t just about Vera Wang Princess perfume. This is a symptom of a larger problem.

On Mondays, I explore individuals, companies, and websites that are using the internet in cool new ways. If you have an idea, contact me. I love feedback/inspiration!
A few weeks ago, my friend Annie posted this video, a girl who has written her own rap about H & M, a discount clothing store. (I’d embed the video if I could but do click the link. This gal is impressive!)

They sure don’t make 12 year olds like they used to. How cool that this girl expresses herself on her own Vimeo channel!

I started looking through her other videos when I found an interview Tavi G did with Rich at Weardrobe.com.

Weardrobe.com is not just what you wear but how you wear it. Real people submit photos of their outfits for voting on the site. The winner every month (the photo with the most ‘hearts’) wins a gift card. On the site are also blogs about style.

You can connect to Weardrobe with the usual social media methods. Enthusiastic supporters can even display badges. on their sites (Want to make people want to link back to you? Give them something pretty like a badge to put on their website!) 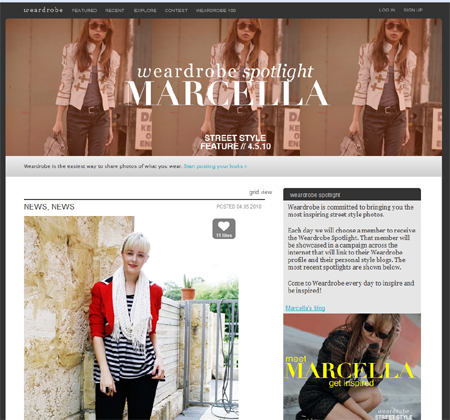 Every Monday, the Breaking Even blog looks at a individual, business, or website promoting itself in interesting ways online. Have an idea? Do tell!

When I first began my blog in 2007, it was a hard choice between whether I would be talking about money or food. I decided that talking about money would force me to learn more about it but I still love food, follow several food blogs, and overall am interested in food-related issues.

My friend Sarah tipped my off to Foodista, a website startup from a few former Amazon.com employees. It was seeking to be an open source food encyclopedia, not just of ingredients but of recipes. Being the good friend that I am, I followed Foodista’s progress throughout Sarah’s internship there but continue to keep in touch now. (Sarah had to return eastward to finish her MBA.)

Foodista has done a few things well that I’ve noticed:

Foodista has a specific enough focus that it isn’t doing too much but a broad enough concept for it to grow.
As a website, you don’t want to pigeonhole yourself but you do want to give potential visitors an idea what they’ll find in relation to content on your site. Foodista tackles the expected ingredients and recipes but also discusses techniques of food preparation and cooking tools, which is less commonly found information. Having the focus of food (and food in the title of their domain name), however, gives potential web visitors an idea of what this site will be about. (If you aren’t sure what I’m talking about, click here for an example of a much less clear website.)

Foodista allows users to submit content… without logging in.
As a web person constantly exploring new things, having to register for every website is a pain. Sure, it gives the website publisher/owner my contact information but for many people, having to register to do something simple like look around or even comment can be a deterent. 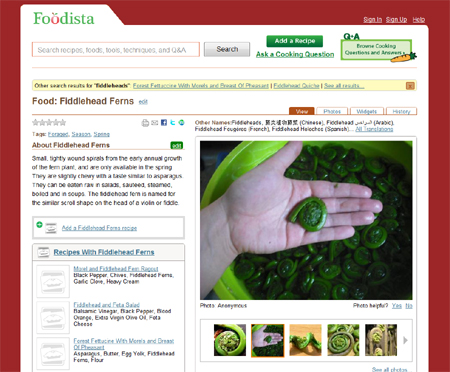 Foodista allowed me to upload my two fiddlehead pictures last spring with absolutely no issue. It also effortlessly connects to accounts you may have on other sites, like Flickr or Facebook. If I use the site a lot, I will no doubt create an account but for now, I feel the pride of being slightly famous in my own head, in relation to cookable ferns anyway.