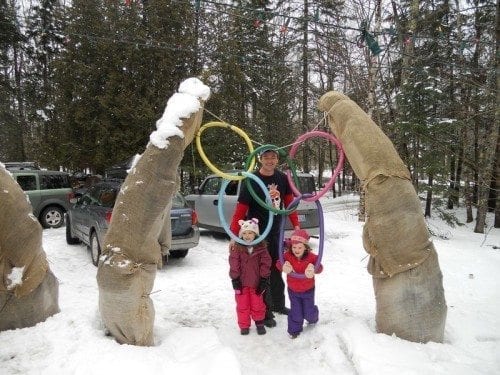 I made olympic rings out of pipe insulators, spray paint, and electrical tape. Thanks Paradis Hardware for the hookup!

In planning a huge event like this, you try to think of the little things. I was obsessed with making a life sized Olympic rings that people could take goofy pictures in front of. Derrick was obsessed with having fireworks. We tried to think not just of the adults but the kids too.

The bulk of the Norway Drive Winter Olympics happened on Saturday starting at 1 pm. We began the day with a snow sculpture contest (with food coloring in spray bottles for additional interest).

The winner was the sea monster: 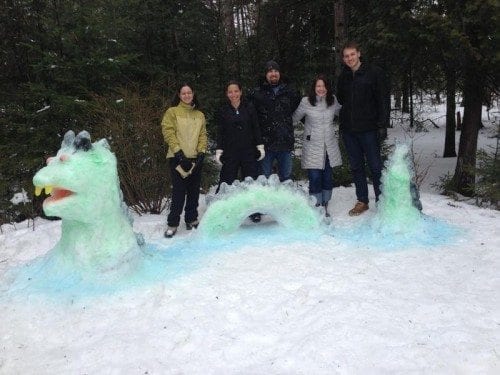 The winning sculpture and its creators.

But honestly, I think the taco was pretty awesome: 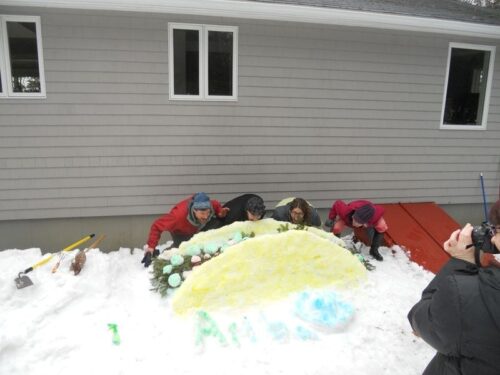 The snow taco with evergreen bows as its lettuce. Sean is a genius!

After snow sculptures, we did the luge, which was difficult due to warming conditions but we made the best of it: 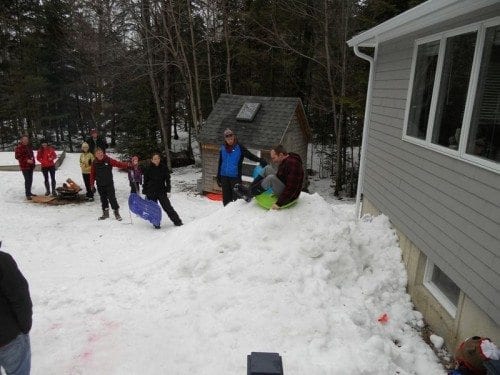 My fiance Derrick hitting the luge he’s been piling snow for for months.

Moving the party inside, we at some food and held a Pass The Pigs tournament. A small badminton tournament was held as well: 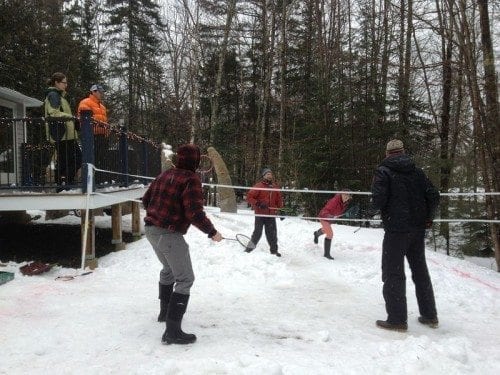 Badminton in the snow? Of course!

Alice then cooked us an amazing Armenian dinner and we all ate until we couldn’t eat anymore. Then the final competition began: the dessert tournament.

The winner decided by popular vote was Hope. And it was even her birthday so the victory was even sweeter. 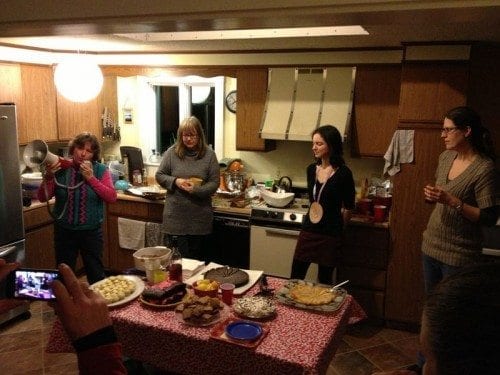 All the entries in the dessert competition explained their entry before we all dug in and voted. Note Hope is in black wearing a gold medal she won earlier that day. (Happy Birthday Hope!)

The ceremonies closed with some fireworks by pyrotechnic expert Derrick.

Thanks to everyone that came and even before it was over saying they couldn’t wait for next year. This will definitely be a yearly event.