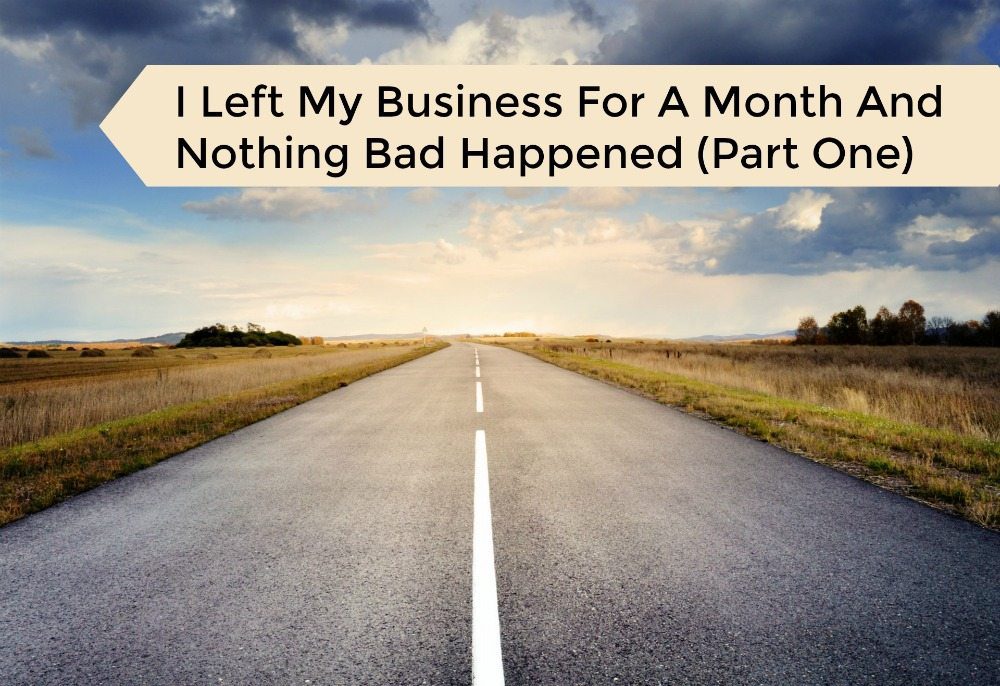 Next month, Breaking Even will have been officially in business for ten years.

My friends joke that I know EVERYONE in our small town and I think that’s mostly true. And even if I haven’t met someone, typically when I say my name, they’ve heard of me.

I’m not saying this to sound like a conceited jerk- if you hang out in a town with 5,000 people for 10 years and have a bit of a social life, you’d probably know most everyone too. And basically what I’ve found in the last year actively trying to do more sales is that if people want to work with us, they have in the past or are now. Sure, new businesses come into town once in awhile, but the reality is at a certain point, in order to grow Breaking Even I have to look beyond my backyard and the people I’ve been happy houring with.

Combining this current local market saturation with the wanderlust I’ve always had, I thought I’d spend last month seeing if I couldn’t tap into a new market. As someone who has run local businesses for a decade, this is my experience, so finding more local businesses (who just happened to be somewhere else) seemed natural.

So I silently left for four weeks and ran my businesses from upstate New York (2 hours from Montreal, wohoo). So how did I do it?

The key to this working was buy-in from my coworkers. We had the world’s shortest staff meeting about two weeks before I left where we established who would do what location-specific tasks (checking mail, mailing out purchases from our ecommerce site, etc.) I wasn’t able to do. I already know I couldn’t ask for better coworkers but I was worried they would think my month away was an extended vacation while they worked their fingers to the bone. Or that I would be unreachable. Or that they’d feel lonely and/or resentful. Of course, this was just me needing to 1) get over my own self importance and 2) make some documentation of some of my more mundane tasks (how to check mail, what to open, where the checkbook was, etc.) We’ll debrief in our upcoming staff retreat but it seems like the place didn’t burn down while I was gone and no one called/emailed me angry, so things did indeed run without me.

Just some of my scheduled meetings in Zoom. Best $19 I spend every month for the pro version.

The other thing I needed to do before I left was get clients used to talking to someone that wasn’t me. Because of my workaholic tendencies and my predictable schedule, I have made myself constantly available over the last ten years. People often stop in to try and run into me and that can be a time suck.

The reality is Kassie can answer a ‘When does my domain name expire?’ email as well as I can and Jane can schedule someone who has rented the Anchorspace conference room without my help. So for the few months before my planned departure, both Kassie and Jane have been emailing clients about work directly. The reality is that if things escalated or just got complicated, then I could be brought in. And every time I feel guilty for not fielding an email, I think of selling something, doing consulting, or some other use of my time and I feel ok. But this took a few months to phase in (and in a lot of ways is still happening).

I also had to use technology to keep in touch with clients. So I had five clients who wanted to meet while I was gone and four opted to take me up on the Zoom meeting (one said she’d wait until I was back). Of the Zoom meetings, I lost one client who wanted someone more locally available. For those I held remote meetings for, I offered to record the meetings so they could review them and one really liked this option. Meanwhile I got my third ever largest contract in my new location. The moral is you can’t please everyone but moving things to digital platforms 1) was an easier sell being a digital agency and 2) offered convenient options like after-hours meetings, the ability to record, etc.

It’s safe to say that for never having done this sort of thing before, this part of the experiment was a success for the most part. But, this was only a fraction of the overall experiment- in addition to keeping the home fires burning, I also had to get involved with an entirely new market. Stay tuned for part two of this post, which is all about networking in new territory!