I write about whatever I want on Friday, because it’s fun. And I can.

I thought I’d take some time to answer a few FAQs about my new addition. Gidget became my dog at about 11 pm on Wednesday night when she, over the course of half an hour, crawled out of her airline crate and accepted a Greenie from me. Here’s more about the whole scenario. 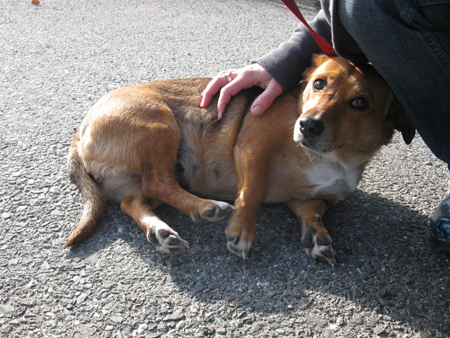 Why Gidget?
Gidget was originally named Corky on the website she was listed on. When I asked the animal shelter director if she’d mind if I changed her name, she didn’t skip a beat. “I mean Corky the Corgi? Were we even trying that day?!?” And everyone I met agreed that this name could not stay, which only reaffirmed what I was going to do anyway. 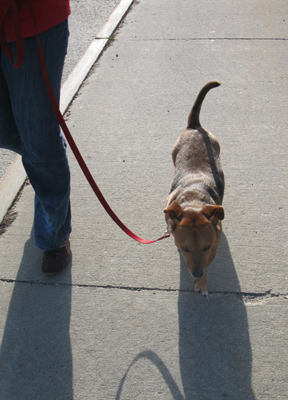 I looked at dog name websites and talked to friends. I was a second away from posting the ‘name my dog’ contest on my Facebook and Twitter accounts when I realized I didn’t want some random person to name an animal I would have over the next decade.

I also didn’t want to give her too much of a ‘people’ name. The more people you meet in life, the more names you run into and the more those names have associations. For example, I couldn’t name her after a friend’s dog (though the Delta Cargo guy did say she looked like a Helen). It had to be a new name to me.

Gidget is a combination of ‘girl’ and ‘midget’ and it’s based on a character from the 60s that was first in books then in movies. The original book was “Gidget: The Little Girl With Big Ideas”. I couldn’t think of a cuter name for a low to the ground girl dog. Here’s the whole Wikipedia entry on it.

By the way, to those of you wondering, she already responds to Gidget when I say it, so no issue there.

Why didn’t you adopt a local dog?
Lots of dogs need homes in Maine but they’re mostly larger dogs. When I did my initial breed research a few years ago, I really fell in love with Corgis so that’s why Gidget came up in my search on Petfinder. Going through a southern shelter across the country was an experience that I associate with a lot of frustration. Honestly though, the hassle of it all melted away when she curled up in my lap and licked my hand, without me having to dangle a treat.

What kind of dog is Gidget?
Gidget is a Corgi mix. She looks like she might have a bit of basset hound in her because of her stance and long but thick body but she also has some brindle on her sides so who know’s what that is. In short, she is a little genetic mystery at the moment. 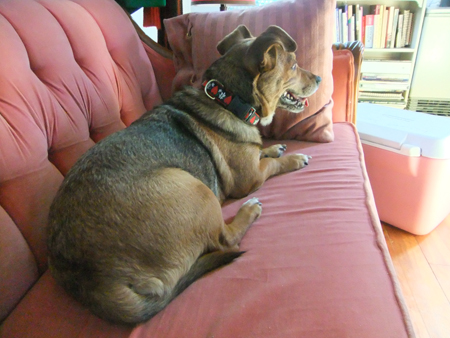 Is she trained?
I have never met anyone, person or animal, that can hold their bladder longer than this dog. Seriously, she goes once a day. No accidents yet so at the very least, she is house broken.

So far, we’ve learned the commands ‘come’ and ‘sit’. We are currently working on crate training, which she appears fine with and the command ‘down’ for laying down. She doesn’t bark or jump on people so we’re good on that.

Why don’t you have more pictures?
This dog hates the camera. I tried to take video of her wagging her tail with her ears back while I held a treat today but as soon as she saw the camera, she walked away, forgoing the beef biscuit for a life out of the spotlight. The photos I do have were taken by my friend Christie and she sort of tricked her into it.

So the last 48 hours of dog ownership have been great and I know it’s only going to get better. Hope you’re having as much fun this Friday…

If you want to know more about it, you can read my post ‘The $615 Dog’ at Almost Frugal.