Busying About: My London Impressions 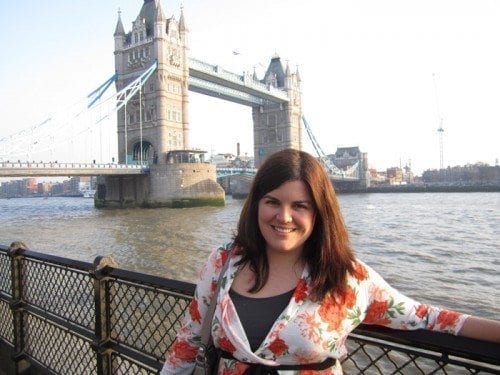 Tower Bridge was really close to where we stayed, and kind of what I was expecting London Bridge to look like. 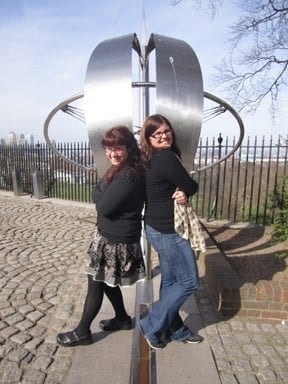 Zero degrees longitude, Greenwich Mean time. Now we just need to get to the Equator!

Just getting back from three weeks of traveling and, if it’s possible, I’m both exhausted and renewed at the same time.

The London trip came about entirely because of this blog. Phil has been reading my blog for years (way back when, it was about Maine and saving money, check out the archives if you want to see some old posts, which like old diary entries both mortify and delight me whenever I read them) and comes to Maine often for vacation. I met him on a trip to Maine in 2009 (You can read an account of how I almost killed us on Mount Katahdin, which is funny now that there is some mental distance from it). This past summer, he brought his girlfriend Geraldine (who we call G) and we, along with my friend Alice (who now works at Breaking Even Inc, I know, convoluted little story my life is but in a good way), got along swimmingly as a foursome.

Phil and G invited us to come visit verbally and then via a preloaded Oyster card (for riding the tube) in our Christmas cards. That’s right, buy us a coupon worth $40 and we’ll get on a plane for you. 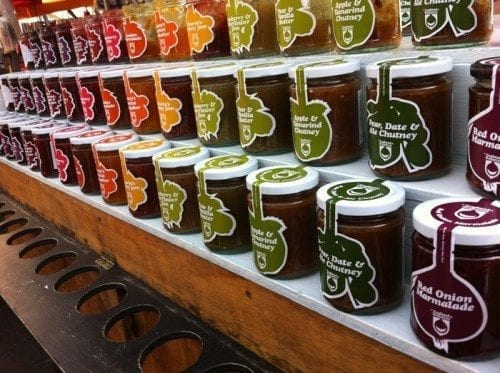 Seeing another culture helps you see your own in a new way, and gives you some ideas. Some design inspiration from Burrow Market jams.

Alice and I set off on March 12 and spent threeish glorious weeks in London (I had a sidetrip to Bosnia in there too) getting a locals tour, doing touristy stuff, and generally relaxing.

Some of what we did: 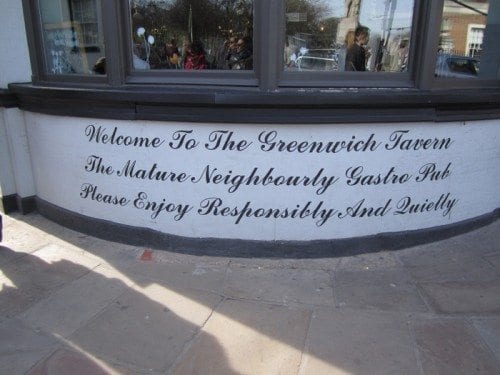 Alice and I both appreciated the British sensibility of politeness and allowing people to take personal responsibility. This sign was quite capturing of this sentiment.

There was more than that of course but that gives you an idea. It was a very fun trip and great to see our friends on their home turf. It was also helpful to get a bit of design and marketing inspiration. We saw Twitter references, QR codes, and all kinds of things we deal with every day in new contexts.

Thanks to Phil and G for being such gracious hosts and here’s hoping to hop over the pond again soon!