You Make How Much Per Hour?! 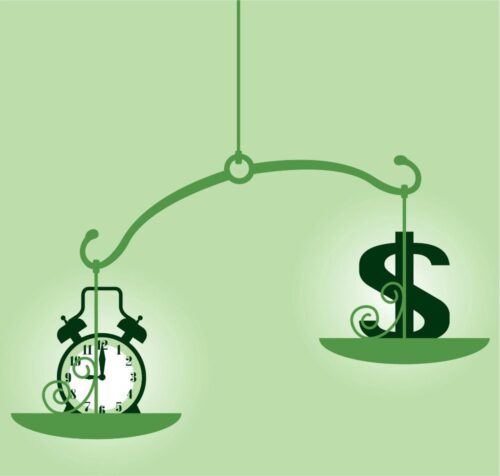 It’s everyone’s dream to get paid more to do less, or nothing at all (which is why everyone was clambering for Powerball tickets recently). You’ve probably heard the statistics of corporate CEOs and how their salaries translate to an hourly rate. If I just had their job for ONE hour, I could rule the world…or at least pay off my student loans.

Part of you thinks it’s obscene for one person to have all that money, but another part of you wonders how you can reach this higher plane of financial glory.

Just for fun, let’s take a look at the astronomical figures some people are pulling in each year. One of Chipotle’s CEOs, Montgomery Moran, makes about $13,500 an hour. Don’t get me wrong, I love a good burrito, but that number seems pretty steep for convenience food. Moran’s hourly wage is utterly eclipsed by Larry Ellison’s (CEO of data sharing service Oracle) $267,779. To put this in a bit of perspective, Ellison is making more per hour than the average American brings home in a year (roughly 5 times more, in fact). He’s making more per hour than the cost of 4 years of college tuition.

Moving away from CEOs, what do some of our favorite celebrities bring home? In spite of griping about Spotify ripping her off, Taylor Swift had an excellent year. It’s estimated that she makes about $40,000 per hour, putting her slightly behind Katy Perry who makes $67,500 per hour. (Interesting fact: both ladies are ahead of Beyonce now.) The highest paying celebrity in 2015 according to Forbes is Floyd Mayweather, mainly because of the boxing match this past spring.

Each of these high-rollers offer us entertainment or run companies that contribute to our quality of life as we know it. But what are CEOs or celebrities doing that contributes thousands upon thousands of dollars an hour? Checking email? Traveling? Writing songs? Singing? When you consider many of these tasks are actually handled by someone else, maybe some CEOs and celebrities just get paid to exist. It’s difficult to say. As Gigi Hadid recently pointed out to us on The Real Housewives of Beverly Hills, “Modelling is hard. You have to look good and be nice to people.”

What about the blue-collar end of the spectrum? Anesthesiologists (not quite blue collar in the traditional sense, but not quite at the CEO/celebrity level) usually make around $100/hour. This position is high-stakes with a clearer value to their contribution. Tattoo artists, commercial pilots, and underwater welders all make about $120/hour per project. Even though these jobs usually only require 15-20 hours of work per week, it still averages out to a decent hourly rate.

But, what about you? Using some of the ideas below, you can develop a strategy for making more per hour without necessarily working more.

Idea #1: Charge according to value from the start. Say you’re a freelance sandwich maker. You’ve been doing this for awhile, so you have your routine down to a science, and as a result you’ve significantly whittled down your production time (4 minutes per sandwich). When you get an order for 5 sandwiches, it’s only going to take 20 minutes of your time. If you charge by the hour, you might be selling yourself short. Charging per sandwich (or per project) is the way to go. For other sorts of projects, you’re better off charging per hour.

Clearly as a freelancer, there are going to be some five foot long party subs in your life but the greater percentage of standard sandwiches you can make with your time, the greater your hourly take home pay.

Idea #2: Be on retainer. There is a cost to being available and let’s face it, there are some clients who want you to be available. Getting paid for a set amount of time to be available (and not needing to necessarily be doing something) is a great way to increase your take home… but beware when all your retainer clients need you in the same week! (This is why you don’t want to take on too many of these.)

Idea #3: Profitshare your pay. Take a cue from some of our CEO friends and, instead of getting paid a large base salary, get paid a percentage of profits. There is plenty of revenue sharing softwares out there but, maybe in building that up and coming software company a free online shopping cart and taking 10% gross revenue for 5 years will mean a higher hourly rate than they would have paid you up front. Note: only do this when you truly believe in the company.

Idea #4: Sell people the same thing. Let’s say you get really good at making flyers for musical theater. If you have clients spread out around the country, why not use the same layout for multiple events? This is clearly something only applicable in some instances but if you’ve packaged something together that works for a certain type of client or job, why reinvent the wheel? Please note that we’re talking more along the lines of systematizing than producing carbon copies for clients (depending on your line of business).

Idea #5: Outsource. (Full disclosure: Nicole hates this idea but it exists so we’ll talk about it.) One way to make money off something is to find someone else who will do it for cheaper and be the middle man between them and your customer. Many people make six figure incomes by finding freelancers and designing processes that use their skills effectively. The freelancers get to do what they like at a cost they agree with, the middle man gets to build a team for a fraction of what an employee would cost, and the customer gets a good product. Or at least that’s the idea. 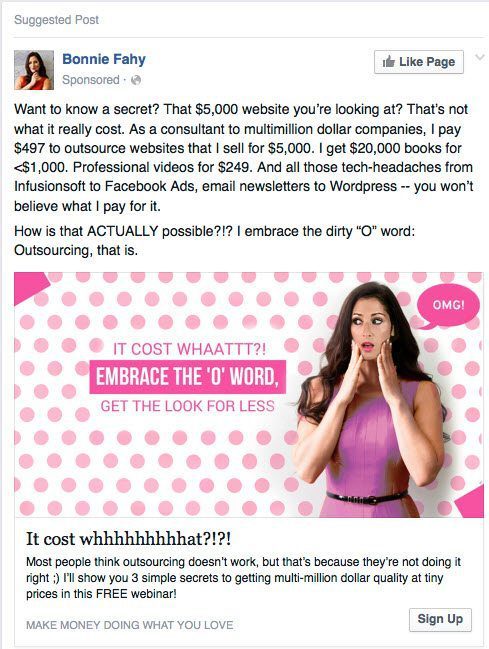 If Paris Hilton is able to get paid $374,00 an hour to DJ in Ibiza, you should be able to gain a little something for your work, too.