What’s in a Tagline?

Taglines have been around since the dawn of advertising. Brands seeking a way to stand out among competitors, to have their voices heard above all the others, have often utilized these simple yet effective marketing tools. The general goal for a tagline is to be timeless, unique, and true to the business. Remember the whole Verizon “Can you hear me now?” Or TNT’s “We know drama”? Admittedly, there are just as many terrible taglines out there as there are amazing. So, what are the elements of a decent tagline?

You sure do TNT, you sure do.

First and foremost, a tagline should be short. It shouldn’t just be your mission statement verbatim, or a list of your businesses promises. You don’t want to make people feel like they’re trying to memorize the first 18 lines of The Canterbury Tales. Where images and logos offer the “show, don’t tell” mentality, taglines are more of a “tell, but tell it quickly.” Your tagline should reflect your mission and overall philosophy. For instance, you shouldn’t be a community radio station with the tagline “The World is Yours.” It doesn’t really correspond with our business, and I also got that from Scarface, so it’s already been used (oh, yeah-taglines should also be original).

You also want something that can withstand the test of time (to a degree). Most taglines have a lifespan of at least a few years: there’s a happy medium of frequency somewhere on a scale of updating your Facebook status  to “This is how it must stay until the end of times.” In other words, creating a tagline doesn’t have to be a “‘Til death” commitment (Coca-Cola has cycled through some taglines over the years), but you will want something that’s going to stick for a bit.

It’s also a good idea to consider the type of business you have when thinking about taglines. Different industries have different tagline generation formulas. Service based businesses tend to use taglines that reflect reliability and quality, along the lines of “Service you can trust.” For example, Orkin recently used the tagline is “Pest control down to a science.” This tagline works because a) it demonstrates what they do (get rid of pests), b) gives them a bit of authority and expertise (i.e. we’re so good, we have this down to a science). This tagline gives the message “We will take care of your problem easily and efficiently, don’t you worry.” It’s not warm and fuzzy, but it is comforting. Examples of warm and fuzzy taglines are Olive Garden’s “When you’re here, you’re family,” or Allstate’s “You’re in good hands” (plus, the whole James Earl Jones bit helps). 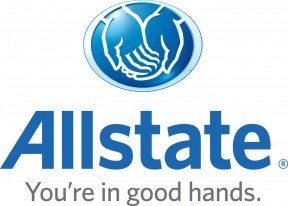 I can’t help but read this in James Earl Jones’ voice.

Taglines for product based businesses are less about reliability guarantees, and more about standing out as a brand. These taglines are all about what makes a product special, different from the rest, and rely more on the brand’s story. Some product based taglines that you’re most likely familiar with include “Just do it” from Nike, “Be a hero” from GoPro, “They’re magically delicious” from Lucky Charms, or even “They’re grrrrrrrrrreat!” from Frosted Flakes. These taglines are all award-winning in terms of brevity- two to three words. And, they each hint at a promise. GoPro’s message suggests that YOU can go out and be a hero, with the help of their product. These taglines also address something unique about the product. What sets Frosted Flakes apart from the store brand Sugar Coated Corn-esque Flakes? Well, they’re grrrrrrrrrrrreat! Not just “they’re great,” that doesn’t sell. But “They’re grrrrrrrrrrrreat?” Now we’re getting somewhere. 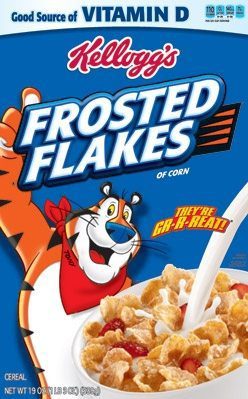 Last but not least, considering the message of the non-profit sector. These are usually a “good for the community and/or world” message. Most non-profits use simple taglines that emphasize their mission, such as Doctor’s Without Borders: “Medical aid where it is needed most. Independent. Neutral. Impartial.” It’s a bit lengthier than the other examples, but it clearly conveys what the organization does, as well as their focus. People come first, not other institutions or organizations.  Another non-profit example is Smithsonian’s tagline: “Seriously Amazing.” And, if you’ve ever been to any of the Smithsonian museums, this tagline seems fairly accurate.

If you’re considering a tagline for your business, this article is a good starting point. In general, short, sweet, and true to your mission are always the way to go. In fact, you know who does a killer tagline? Little Caesar’s Pizza: “Pizza, Pizza.” 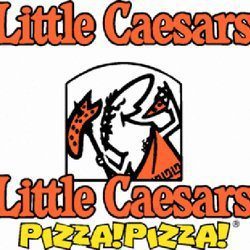