The last conference I went to had a record number of women… 23%.  This was a statistic that people were impressed with (as in ‘Wow, there’s a lot of women here!’) but, as even the author has acknowledged, we have a long way to go. 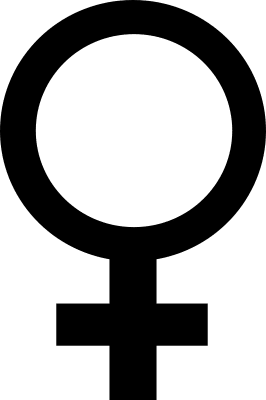 It’s true that 78% of web developers are men and I know that women in male dominated fields like science and engineering can also identify with me: It can be a little hard not seeing a lot of people ‘like you’ out there.

I’m annoyed that, in 2013 as an established professional, I am still dealing with sexism. I can think of the prospective client who said after I asked if he’d sign a work agreement ‘Do you have brothers? Because you seem really aggressive.’ (I ‘lost’ his email.) Men (yes plural) have commented on my looks during a video conference. My weight and whether it has gone up or down has been discussed… in front of me.

Sometimes the sexism is a little more hidden. As the only woman on a conference call, I am asked to take notes. A man will find wonder out loud if I am able to ‘handle’ a certain kind of technical project.

What I really want to say to all this is, “Would this be happening to me if I was a dude?” but I don’t.  Because I am supposed to be sweet after all.

I will say that most of this is thankfully by older men. Over time, there will be less of them to contend with. (OK, maybe that last comment wasn’t so sweet.)

I will also mention that there are plenty of people (both men and women) who are completely respectful of my skills and expertise. But here are a few rules I play by:

I can’t be arrogant.
I can’t say I’m ‘the best’ at something without people thinking I am cocky. This trait is rewarded in men but humble is my only way to play the game. One of my clients wanted to say he was ‘the best’ at something. I told him it was gutsy but really what I meant was, ‘I can’t get away with saying anything like that.’

I can’t nag.
When men do it, it’s called ‘following up’ or being aggressive. I have to get what I need from someone very carefully if I need to ask for it repeatedly or else I will remind them of their wives, girlfriends, or any other female who has asked them for something over and over.

I can’t show any lack of knowledge.
If I admit I don’t know something, I see people’s confidence falter. I feel like if a man admits the same thing, he is being ‘honest’. Because of this, I overprepare for every meeting and overresearch every decision.

I’ve wanted to bid on a few web projects as ‘Nick’ just to see what would happen… but I think instead I will chose to work with people who don’t mind working with a girl. 🙂

Women in male dominated industries, are you playing by unspoken rules too? Men, have you accidentally been sexist without realizing it? Everyone, am I overly sensitive to this divide? I’d love your thoughts about all this!