This Week In Business: Tough Love

Ideally, we all want feedback. We just want it to be good most of the time.

Sometimes though, a business has to be able to listen to honest negative feedback and step back from what they are doing to improve. And that is what I learned, or perhaps more accurately re-learned, this week. 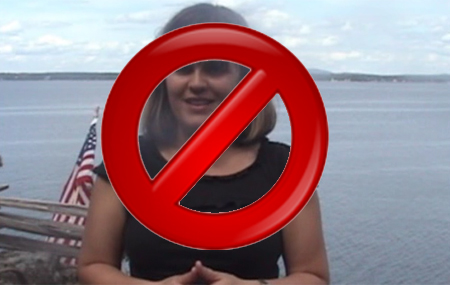 I got honest feedback about my video, and I’ll have to reshoot portions of it. This is discouraging but good.

I pushed through and mostly finished the video for my site, or so I thought.

Something about it though didn’t seem quite right. So I emailed it to one of my most critical but kind friends. He called me half an hour later.

After some small talk, I asked, “So how was it?”

Pause. “You aren’t going to like this.” he warned, taking in a deep breath.

What followed was twenty minutes of well-reasoned criticism on most parts of my video. I cried (inaudibly) while on the phone with him. He kept pausing to see how I was doing, probably since I was uncharacteristically quiet. I was alright, but discouraged. You know when you think that not only are you almost done a project but that it’s a good product… only to find out that’s not the case?

So I wrote back to him this morning, thanking him for his honesty and apologizing for being sad. I got the following response back.

“Don’t apologize for getting sad. You’ve put a lot of heart into it, which is why it’s going to be great. If I didn’t think the video was going to be great, I would have white-lied and said nothing but positive things. You do really amazing work, and I think when you’re done, when you have the video that YOU want, it’ll be amazing too.”

OK so there are parts I have to reshoot but I can’t think of a more positive way to reframe the situation than that. 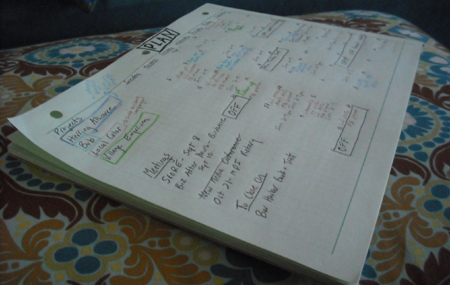 I made a color-coded work schedule.

What happens when you have multiple contracts, a mostly up-to-date Google Calendar with meetings, and two weddings to attend in the next six weeks? Yeah, it can be hard to organize yourself. What needs to be done and when? And more importantly, what can I actually get done?

This morning, in an exercise of complete anal-retentiveness, I wrote it all out on one sheet of paper. I color coded the entries by project; I wrote my days off in pen and regular side gigs (inn, French lessons, adult ed teaching) in pencil. I was then able to see the work spread out over time in a real way.

In doing this, I also had to examine each individual contract I had with clients, and I realized that since there was so much back and forth on one particular contract that I had something due this week that I didn’t even realize. So this morning, I got it done. Few! I can now see that being organized is going to help me… if only so that I don’t have to be stressed about finishing something quickly again.

I will be speaking at the MDI Rotary Club, in part because I was good at my last job.

In case you needed any, here’s further proof why you should always do a good job, no matter what you do for work.

When I was at the newspaper, I was in frequent communication with a representative of the MDI Rotary Club. Like with everyone else, I tried to respond in a timely manner to questions and otherwise be a pleasant person to deal with.

Fast forward to a couple weeks ago. I wanted to be able to speak in front of the MDI Rotary so I emailed my contact. My email read something like “I’m not sure if you remember me but I used to correspond with you when I worked…I’d really like to speak in front of the MDI Rotary about my new business. Can you help me out?” And you know what? She did remember me and put me in touch with the people in charge of booking speakers, and even followed up with me to see if I had heard from them.

Just another exciting week in the life of self employment…