Headed Back To College…

Use Those Networking Opportunities At Your College 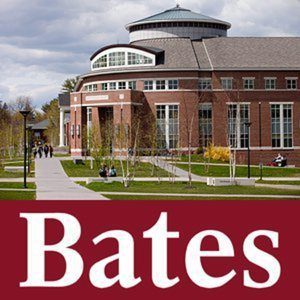 When I went to college, I just concentrated on getting through the semester. I fell asleep while studying my chemistry book (talk about sleep lines!) and took what I thought were challenging and interesting classes. I worked as a lifeguard in my hometown in the summers to make book and fun money for the year. I had a couple small campus jobs to supplement the “fun money”. My parents paid for my college and told me my job was to study and get the best grades possible. So I did. I thought I was pretty motivated at that point in my life, until yesterday.

I sat in a room yesterday with fifty to sixty students who gave up one day of their weekend to network with alumni. They had taken summer internships relative to what they wanted to do. They took notes, nodded at what you were saying seeming genuinely interested. They asked thoughtful questions. They knew going in that they might not get job offers; they just wanted to meet us. Five years ago, I wouldn’t have been in that room. But I was there yesterday.

BATEScene was set up by Bate’s Office of Career Services. I got invited because I have a creative career, both in my “day job” and with this blog. I was part of small group discussions but at the beginning when everyone was listening, we had to give our names, our job titles/companies, and one piece of advice we would give people about to graduate. The good news is I had a two and a half hour drive to think about this.

My friend Michaela always tells me she admires how I always “put myself out there” and I thought about that a lot yesterday. I didn’t realize that other people didn’t do that. I looked back on how I got a newspaper job, how I met a long term boyfriend online, how I got someone to publish my first article. No matter how awful the date was or who told me it was too hard to get published, I kept going. When it got to be my turn to speak, I knew what to say.

I encouraged them to internalize what they wanted and tell everyone they knew. I want people to visit this blog for example. It’s in my email signature. I published the address to it in my company newsletter. I tell people upon meeting them about it. “Coca Cola didn’t become a household name but sending a couple emails then hanging out in its dorm room. Coca Cola told you that it was Coca Cola over and over again until you believed it.” I thought this may have been too corny but a few people chuckled. I guess I am a little corny. But persistance pays off.

On the personal finance front, questions of money came up indirectly. In a small group discussion, I encouraged students to start a savings account beginning with their first job. (They were very concerned with liking their first job and how long they should stay at it.) I told them that they should save even $20, whatever they could afford, and have it automatically taken out. I told them that if they ever felt like they wanted to leave their job (or even were faced with a financially difficult situation) that having that cushion would make them feel so much better. “Plus I mean $20. That’s lunch. You’ll just buy something stupid with it and be happy for five minutes.” I kick myself for not starting saving at my last job, which was higher paying than my current one. But what can you do except tell people open to hearing it who are about to enter the same part of their lives.

I not only met some great students but also other people in related fields. I networked, I ate in the new dining hall, I saw my friend Sarah (who got me involved in this). If your college does any networking event like this, whether you are a student or an alum, it’s very worthwhile to go. Networking may get you your next job, allow for a travel opportunity, or even get one more person to read your blog. You may also just get to meet interesting people and have a free lunch. You may even be able to help someone out.

My college’s networking event was well worth the five hours of driving. And how many things can you say that about?