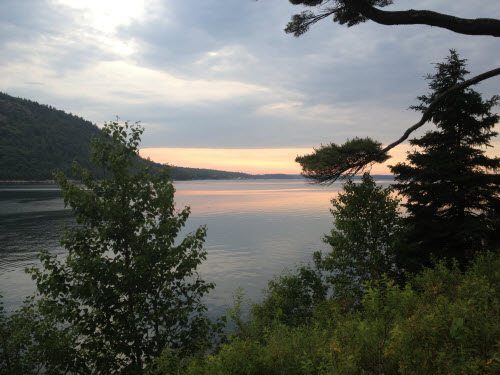 I can’t go anywhere without it looking beautiful, so I take 2 out of every 7 days to enjoy what’s around me.

For the past year, I’ve forced myself to take weekends off, despite the fact that my workload almost doubles in the summer. 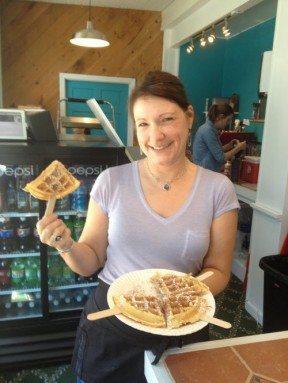 I just want to eat waffles on a stick in my free time… like anyone else. (My friend Jen has them sometimes in her cafe.)

Baring an all caps email from a client saying something to the equivalent of ‘ Turkish hackers got my website’ or ‘People are doing the internet equivalent of throwing rotten tomatoes at me on social media’, I won’t do any work on the weekend.

Part of this is a need of rest. My arms need the rest, my mind needs the rest, and honestly, I think my quality of work has also improved since I enacted this policy.

Part of it was a need for a perception change. I am certainly happier and it’s been awhile since the word ‘workaholic’ was used to describe me. Good signs, progress in the ‘become a more well rounded person’ department.

But my project management system reminds me that I have 25 overdue tasks just about every day. I creep above 100 un-dealt-with emails in my inbox weekly. One client texts me 25 photos, one at a time, because she can’t get Dropbox to work on her phone. How do I stay the serene, strolling, mocha sipping, steak eating, weekend version of myself with all that happening?

Self employment commandment #1: There is always more to do.
Always is, always will be. I embrace the unfinished because I have to.

A short memory that can focus on the task at hand (even if the task is relaxing), takes little personally, and doesn’t dwell in regret is a quality you can cultivate to an extent. I used to be more high strung and overwhelmed, ask anyone who knew me well in high school.

Self employment commandment #2: No one will probably die if I don’t do it.
There are few things that *have* to get done. ‘Have to’ in your work world is not ‘have to’ in the real world. Few professions control whether someone will live or die and, even in those professions, large portions of the work day are not focused on this. So let it go. People won’t die if it doesn’t get done. And most important to you, you won’t die either.

Self employment commandment #3: Sometimes the problem goes away if you ignore it.
Perfect example: I wanted to hit myself over the head after following a ‘simple’  27 step setup of a program on a website (I know, only a programmer would think a 27 step process was simple). Just couldn’t get the thing to work despite following all 27 steps to the letter. Paid someone smarter than me to see if they could get it to work. Nope. The company emails me a few days later that they updated their software and now it’ll work. It does.

Had I just put the darn thing down and let it go for a week, the problem would have fixed itself and I could have those 4 hours of my life back.

Listen, I’m not saying ignore a bleeding wound, I’m just saying if there is something slightly uncomfortable going on, ignore it and look at it later. The solution will present itself, or you won’t care, or it’ll just go away. Really, try it. I am shocked at how often this strategy actually works.

This week, I’m taking a day off… in the middle of the week. More accurately, I am taking a day off to volunteer for my local Rotary club. (Please come to our pancake breakfast or our seafood lunch if you are in Bar Harbor on the 4th of July- all the proceeds go to scholarships and local non-profits! I’ll be there from 6 am until 10 am if you want to say hi!) 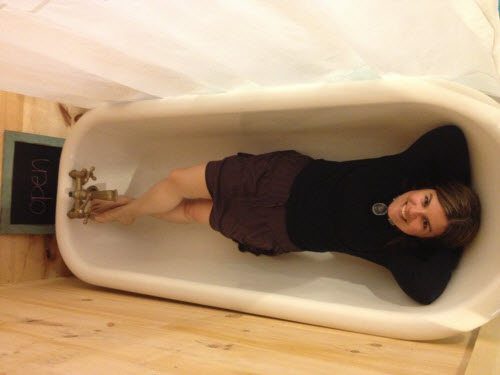 The only picture of me in a bathtub you will ever see on the internet.

So relax, people. It’s going to get done. And in the meantime, take at least a day a week and go lie in a 7 foot clawfoot bathtub in your friend’s store just because you can. Because there’s always more to do… you’ll just do it on Monday.