Why We Don’t Do it All

Occasionally, we have clients and non-clients ask if Breaking Even can help them with certain services that, as a company, we’ve decided not to get into (like logos, print design, and video production). “But we know some people who do exactly _____.” “Is there anyone who does all of this stuff in-house?” Well…not really.

I suppose there are some larger companies that will churn out all these services for you, and that in theory, keeping all these services in one place sounds like less work to manage. In theory. There’s something to be said for small businesses that specialize, though, so don’t write them off just yet (especially since their choice to specialize can be beneficial to you).

The “divide and conquer” method was helpful when it came to getting more done in early civilization, and it’s clearly successful. Humans who knew what was what in the plant world grew and gathered. More athletic types with lots of stamina and endurance, not to mention weapon wielding abilities, were in charge of hunting. Some people learned how to build houses, others to make jewelry and clothing. Division of labor also had a pretty significant role in the Industrial Revolution and mass production in factories, but that’s probably enough of a history lesson. Throughout human history, division of labor has been present in some capacity, and generally, we agree that this specialization allows society to move forward.

That’s not to say we shouldn’t know how to do certain things just because we don’t have to. For instance, I can (and have) changed the oil in my own car. It’s not something I need to know how to do, but it helps me understand the basics of how my car works. And what the underbelly looks like. Based on my level of skill (very little), frequency of the task (once every few months), time it takes (way too long), and my level of interest (non-existent, I am only interested in having a running car), 98% of the time, I just take it to a mechanic.

This more or less looks like what we’ve done here at Breaking Even Communications. Yes, we can code a bit. Yes, we know about fonts and can dabble in Photoshop. But we’d rather leave that stuff to the people who are actually passionate about them, while we work on the stuff we’re passionate about. And that’s good for you, too:

You Get the Best Service.  I’m hardly the best candidate for changing the oil in my own car. Yes, we can code a bit. We could probably photoshop some rack cards for you, if you asked us. Not to boast, but we’re pretty intelligent people, and could probably tackle almost any problem our clients came to us with. Then why do we refer people? Simple. Just because we’re capable of performing a task doesn’t ensure that it’s in the best interest of our clients. 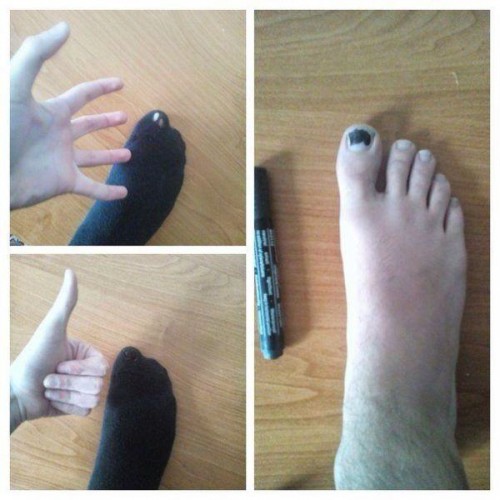 Technically, the problem has been solved…

In other words, “Just because you can, doesn’t mean you should.” And if we refer to our graphic designer friends, they can refer internet marketing work to us. And we can all do more of what we like best.

It Spreads Risk. Let’s go back to my hunter-gatherer example. A mastodon has been seen nearby, so the hunters are going to go on a trip to hunt it down. No one is really sure how long this hunting trip will take, but it’s cool, because the gatherers are still around to provide food for everyone.

Spreading the risk benefits the business side of things, sure, but customers also reap the benefits. For instance, if our web hosts  away on vacation and one of our mutual clients is having an email problem, we can tag in. Working with other companies that have overlapping skills means you have a team working for you, even if geographically or otherwise separated in different companies.

Smaller Companies Have Lower Turnover. Smaller businesses and their employees generally have higher mental/emotional stakes in their work. There’s a different dynamic than what you’ll find at a large company or corporation. We really get into our work and finding solutions for our clients, and it’s pretty amazing that we get to collaborate with like-minded small businesses during some projects. And at the end of the day, that means you’re getting the best product we can deliver.

By contrast, we’ve gone through four payroll reps in four years at our larger local payroll company. So asking yourself if you want to deal with the same COMPANY or the same PERSON month to month may be a good distinction to make.

There Is A Lot Of Information To Keep Up With. The idea here that it’s hard to stay ahead on all technology. 95% of the world’s data has been created in the last two years and it’s not typically data about the Macedonians. We can be smarter faster by specializing. 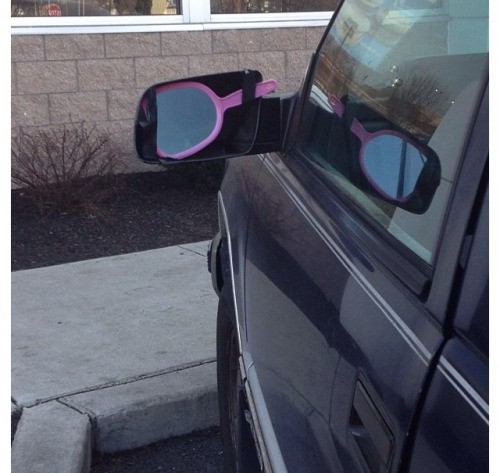 i.e. Not this mirror.