The Neighborhood House is a local non-profit in our area. Like many non-profits serving a small community (in this case, Northeast Harbor), they have a variety of roles. Everything from a regular after school program to special events for the public (chili cookoff anyone?), they serve as a community organizer and event center year round.

Most Maine businesses (even most non-profits) are not very innovative in their marketing. Sure, they might have a Facebook page but they certainly don’t go above and beyond with it. Not so with the Neighborhood House.

Here are a few things they’ve been up to that make me smile.

Big leadup to a new event.

When most non-profits do a new event, they do a press release or some other official announcement that probably involves a lot of golf clapping or perhaps their director to stand in front of a microphone. But the Neighborhood House let this build on social media a bit: 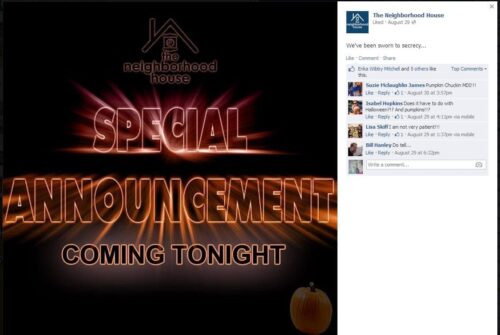 And then they did the launch on Vine then embedded it on their website:

So while Pumpkin Chuckin might not have even made the local paper, they have created some excitement and awareness around this new Halloween event.

Having fun with announcements.

You know sometimes you need volunteers. But instead of asking in the normal way, why not have a little fun? 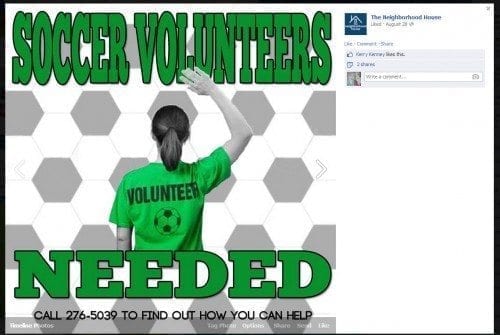 Also they have some fun with their event posters (this one spoke to a whole generation of parents I’m sure): 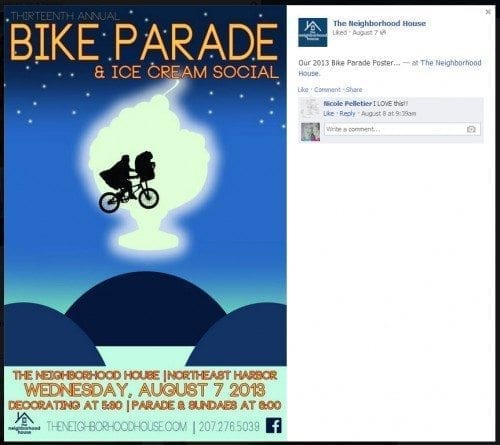 Most people don’t need to get as elaborate as a second example but many could use photos and overlay some text in a visually interesting way. (Don’t have Photoshop, or $600 to buy Photoshop? I use Snagit and can create some low level but interesting graphics pretty easily with it!)

If you have a list of events ahead of time and don’t have the staff/interest to create these, you can even give this project to a graphic designer for a relatively low cost.

Even though the Neighborhood House is pretty up on Facebook, they don’t assume everyone else is on Facebook all the time. They take what they put on Facebook and also put it 1) in their monthly email newsletter and 2) on their website: 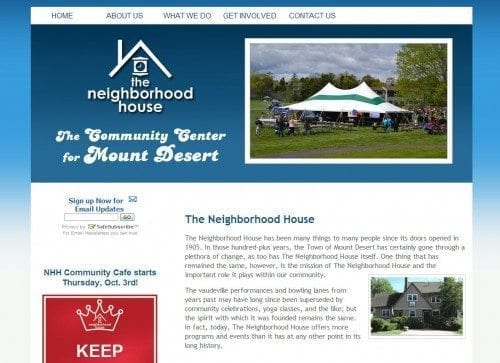 I can’t tell who is behind it.

The mark of any good marketer? You recognize something as the company/non-profit doing it, not as a particular person. For example, I’d never want anyone to say ‘That Nicole does a great job promoting X bed and breakfast.” The idea of marketing is the business or non-profit takes front and center (and has a personality behind it) but it is not dependent on one individual.

I hear that it’s Matt at the Neighorhood House who is so on it but I’d have no idea. If Matt would leave and someone new would come in, they could easily continue these efforts without anyone missing Matt (on the marketing side anyway).

So you don’t need a big staff to be clever online. You just need to be creative, post regularly, and put the information in multiple places to ensure everyone sees it. Congratulations to The Neighborhood House for doing all three.