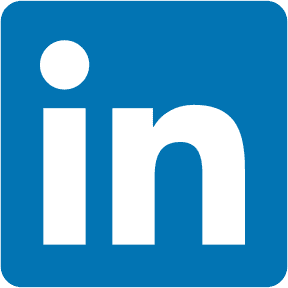 Most of the time, when people talk about social media, what they are really talking about is Facebook.

No one has ever asked me to give a LinkedIn seminar and when I talk about building my network using it, I usually get a couple eye rolls.

Here’s the thing though. To me, LinkedIn is that quiet but really nice nerd in your high school class that goes on to found the Fortune 500 company. You kind of wish you would have invested a little effort getting to know him while you sat at the same cafeteria table. And quite honestly, all the nerd wanted is just a little bit of effort (which is a lot more than you can say of your high maintenance friend Facebook, which requires you to post multiple times a day since only 2-3% of people see your posts ever.)

Here’s why I think LinkedIn could be doing more for you if you spent maybe 15 minutes a week updating your profile, sharing links/ideas, and recommending other people you’ve worked with:

1) It got me my biggest contract ever.

On my skills, I listed a familiarity with Joomla among other softwares. I thought no more about it.

A year later, one of my contacts, someone I don’t even know that well, sent me a private message about his organization’s Joomla site. What that short message exchange turned into was a 1.5 year contract that is the biggest I’ve gotten to date. Turns out that, while they were most interested in my marketing background, the fact I could use Joomla is what sealed the deal.

2) Your information is visible and lots of people in the market for someone like you are looking at it.

Here’s a screenshot of a slower week on LinkedIn for me:

While I’m sure lots more people look at my profile on Twitter in a given week, I bet most of them aren’t looking to actually hire me like the 11 prospects on LinkedIn searching for someone like me this past week.

People spend so much time on their own websites that they don’t understand that people in decision making positions are using LinkedIn to do their research.

Why is this still true of a very old social network. In my opinion, LinkedIn has partly survived as long as it has because it’s never been a trendy place to be. If you want a broken down demographic of LinkedIn compared to other social networks, this giant but useful infographic is for you. (Summary: LinkedIn skews older, higher educated, and higher income than the most popular social networks.)

3) Make it look like you are on top of your game with weekly digests.

While Facebook is cluttered with vacation photos and links to Buzzfeed quizzes, LinkedIn is all work. You get notified if 1) Someone changes job or 2) shares some likely work-related link (most people don’t so if you actually do, you’ll stand out) or 3) wants to connect with you.

My LinkedIn weekly email digest gives me my network at a glance in a way looking at other networks doesn’t do.

Also by actually posting articles, I show up in other peoples’ weekly digests. Several people have emailed me after seeing a blog post or link I shared on LinkedIn. No one does that about what I share on Pinterest, no matter how cool it is.

So if you are at all in the market to be hired for something, whether you are underemployed, self-employed, or the kind of person/firm that gets hired by other businesses, I recommend you spending a bit of time on LinkedIn. It might not be the coolest thing you’ve done this week but when you are sitting on your nerd friend’s private jet six months from now, that won’t matter so much.