I Pity the Fool: A Brief History of Pranks on the Internet 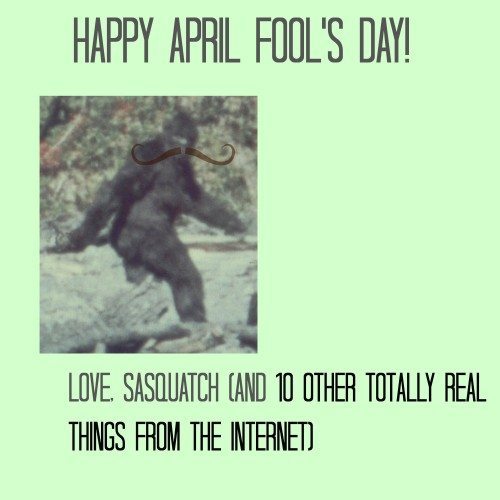 Before diving into this list, I’m going to disclose a little fun fact: I am incredibly gullible. The spirit of April Fool’s Day lives within me throughout the year. It’s exhausting, and I’m probably developing some deep-seeded trust issues.

In order to feel better about believing my friend’s hair dye changes based on external temperatures (I mean, why would you even lie about that?!), this post is  dedicated to people who betrayed by the internet.

1. Shark Attacking Dude on a Helicopter: Considered the first ever internet prank, this involved the melding of two pictures: one, a shark leaping out of the water, and two, a picture of helicopter training near the Golden Gate Bridge. The combined picture was circulated as National Geographic’s “Photograph of the Year.”

2. Fake NASA Letter: Last fall, a man from the U.K. posted a letter he received from NASA in response to a drawing entitled “A Breakthrough in Awesome Space Rockets, Now Give Me Some Money.” While hilarious, the letter was not written by NASA (turns out, this man has a portfolio of these letters, including Cadbury and the Guinness Book of World Records). 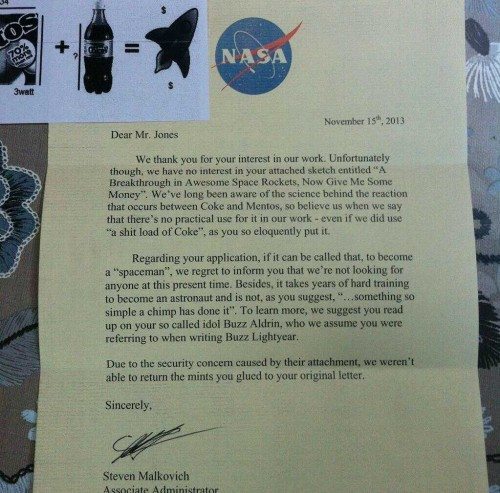 3. Savetoby.com: Perhaps the darkest hoax on the list. Owners of the bunny named Toby threatened to kill and eat him, unless the people of the web gave him $50,000 by Easter of 2005. In spite of the rabbit recipe posts and some explicit threats made by Toby’s owner, when Easter rolled around, the deadline was bumped up to a later date. The whole ordeal caused quite an uproar, but Toby was spared (because…it was a joke). 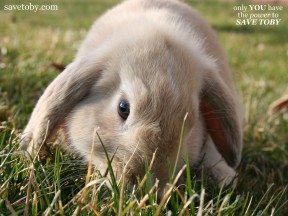 4. Pitbull: As part of a contest for energy strips he sponsors, Pitbull agreed to perform a concert in the town with the Wal-Mart whose Facebook page got the most new likes by mid-July. However, two men decided that sending Pitbull to Kodiak, Alaska would be funny, and probably beneficial to society. So, they set up a campaign encouraging thousands of internet users to “Like” the Kodiak Wal-Mart’s Facebook page. Pitbull followed through with the concert, but he brought the two men responsible along for the long flight to Kodiak. 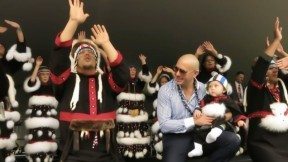 At least he isn’t singing

5. Diane from 7A: Elan Gale (a producer on The Bachelor) live-tweeted an unpleasant interaction with a woman he shared a flight with on Thanksgiving. Diane was an obnoxious flyer, so Elan felt justified in writing rude notes to her (even though she maybe had cancer). Except, she doesn’t exist. In the throes of travel boredom, Elan created this elaborate ordeal and was sufficiently entertained for the remainder of the flight.

6. @LennayKay Lives On: Manti Te’o’s  fake girlfriend’s Twitter account came back from the dead a month or so after the whole “catfishing” incident. The Twittersphere imploded (sort of) as people tried to figure out how @LennayKay rose from her virtual ashes. Well, it turns out that once a Twitter account has been deleted, it can be picked up again. Someone saw an opportunity, and went for it.

7. T. Swift Concert for the Deaf: Similar to the Pitbull in Alaska incident, an online contest through VH1 to have Taylor Swift perform at a school was hijacked by website 4chan. The winner was Horace Mann’s School for the Deaf and Hearing Impaired. She didn’t perform at this school (since the contest was ruined), but she did donate some money  (after all, they were victims of the prank, too). Why do people gotta be so mean?

8. Death Star Petition: The White House’s site “We the People” allows citizens to present petitions online, and if it can get over 25,000 signatures, it will receive a response. One petition that reached the 25,000 mark called for the construction of  a Death Star. The petition was rejected, but Paul Shawcross (Chief of Science and Space Branch at the White House Office of Management & Budget) wrote a detailed and entertaining response riddled with Star Wars references. 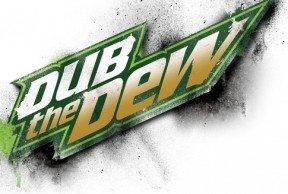 9. “Dub the Dew”: The story of an fun, innocent PR campaign gone terribly wrong, because people just can’t help themselves. Mountain Dew  developed a new drink, and issued a “name our drink” challenge to promote it. The general public had a great time with this contest at the expense of Mountain Dew, and their new drink (pretty sure its name wasn’t drawn from the submission pool). This serves as a cautionary tale for putting this type of contest out into the internet: don’t let people name your stuff unless you are really ok with whatever they name it.

10. Twerk on Fire: Remember when everyone was talking about twerking? A dance that you either loved or hated, but maybe didn’t understand. A video came out in the fall of 2013 of a girl twerking, and falling onto a candle, thus proving that twerking is a health hazard. Jimmy Kimmel later revealed an extended version of the video, revealing that the whole thing was a hoax that doubled as an anti-twerking PSA.

Happy April Fools, and remember: just because you saw it on the internet doesn’t mean it’s true. Although, that Sasquatch video is pretty convincing…